Oscar Mingueza is a professional football player from Spain and currently plays in the top Spanish league. He plays in the defender position for La Liga club Barcelona. But he is equally effective in the full-back position, center-back and right-back. He is the youth product of FC Barcelona and played there for more than 11 years in the youth team and finally played the senior team from 2018 to date.

Mingueza also plays for Spain's national team. He has been representing Spain's senior team since 2021. He made his debut for the Spain national team on June 8, 2021, against Lithuania. Previously, he also played for the Under 23 team and Under 21 team; he was also included in Spain's preliminary squad for the 2020 Summer Olympics.

Oscar Mingueza Garcia, simply known as Oscar Mingueza, was born on May 13, 1999, in Santa Perpetua de Mogoda, Spain; he possesses a good height of 6 feet. 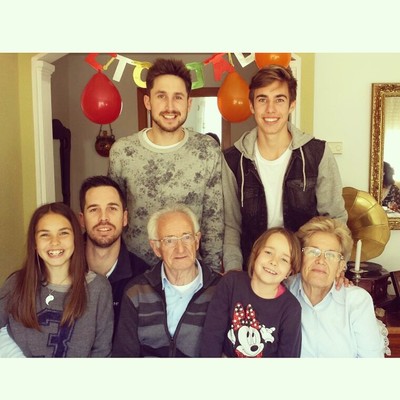 To date, he has not mentioned a hint regarding his parents. Yet, he shared a post mentioning a family of his. 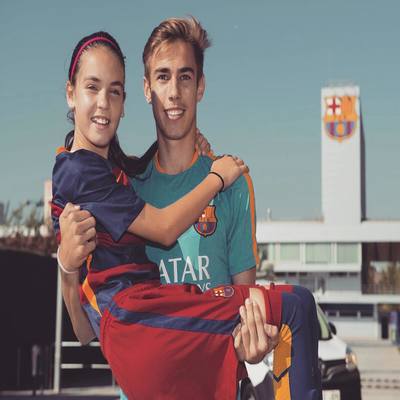 Mingueza's Instagram shows that his sister Ariadna also plays for the FC Barcelona.

How much is Oscar Mingueza's Net worth in 2022? (Salary and Contract)

Passionate about football from a young age, Mingueza has been earning well through playing for FC Barcelona. As per some sources, he has a base salary of £988k per year playing for the club.

Football athletes make good earnings through advertisements, endorsements, and merchandise. Mingueza often posts updates from Puma, with which he has been linked. To date, he has not flased out how much he has been earning through the sponsorships. 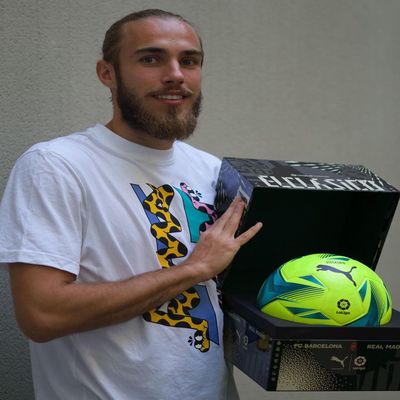 Also, know about Alex Lyon's Net Worth and Salay.

Oscar is not married to date but is engaged to his long-time girlfriend, Andrea Freijomil. The couple dated for long years and now they live together. The couple is happy and often seen hanging out with each other during their vacations. Oscar Mingueza's fiancee Andrea is a model and fashionista; she has dated Mingueza for long years. He posts about his life with his fiancee on his Instagram; the two couples are often seen with their two dogs.

Learn more about other Athletes on Playerswiki.