Boogie Ellis is a rising American college basketball player. He is currently playing college basketball for the University of Southern California Men's basketball team, USC Trojans. Ellis is now in his junior year and played for Memphis Tigers in his early two seasons. Boogie was named in the AAC Sixth Man of the Year.

Boogie Ellis was born Rejean "Boogie" Ellis on December 12, 2000, in San Diego, California. He is the son of Rod Ellis and his wife. Boogie has become successful in keeping his personal life away from the media. Ellis graduated from Mission Bay High School and then enrolled at the University of Memphis. Talking about his physical appearance, Boogie stands Six feet and three inches tall and weighs 82 kg(180 lb).

Boogie started training basketball from a very early age. The player played several sports in his early days but committed himself to basketball in his early High School. He did have a major success in his High School basketball career and was a 5-star recruit. However, Much information about his High School stats is under the radar. He was selected into the Jordan Brand Classic team of 2019. 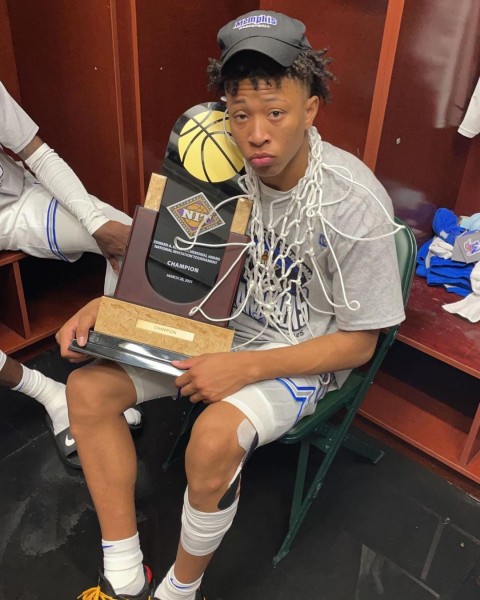 In November 2018, Boogie committed himself to play for the Duke University. However, In early 2019, He opened about expecting a release letter, which allows him to choose other schools. In an interview, Ellis explained that he wanted to be the starting point guard for the Blue Devils and Tre Jones's return impacted his decision.

In May 2019, Boogie committed to play for the University of Memphis. In his freshman year, Ellis scored a game-high 21 points on 7-of-11 shooting in an 83–78 win over NC State. At the end of the week, he was named into the American Atheltic Conference. The player lost his form and averaged 8.0 points and 3.3 rebounds per game as a freshman to the end of the season.

In his sophomore year, The COVID hit the games, and the season went on and off. In March 2021, Ellis opened about transferring to another university. On April 12, 2021, Boogie has committed to play for the University of Southern California. His friends, Isaiah Livers and Neemias Queta have listed for the upcoming NBA draft, and Ellis has yet to decide.

Who is Boogie Ellis Dating? Know About His Girlfriend

How Rich is Boogie Ellis? Know His Salary, Earnings, Net Worth

Ellis is very much early in his career. He is yet to start his professional career. Following his social media posts, It seems like Boogie is living a lavish lifestyle. However, NCAA restricts its players from receiving any form of payment for the NCAA games. The average salary of an NBA player is more than $7 Million.

Boogie will be landing a huge contract if, He enlists himself in the 2021 NBA draft. His net worth is still under investigation.