Beth Mowins is a first choice play-by-play commentator and sports journalist for ESPN and CBS. She is the first female commentator to host a National Football League (NFL) game. Mowins is the second female Journalist to announce the nationally televised 2005 college football game for ESPN.

The extremely hard-working journalist Beth Mowins has an estimated net worth of $2.5 million. Her annual salary is estimated to be around $75,000. She gained most of the earnings through her sportscaster and journalism career.

Till now, there hasn't been any record of her affairs, husband, boyfriend, marriage, or divorce. Unlike her professional life, Mowins keeps her personal life away from media radar.

Elizabeth Mowins was born on May 26, 1967, in Syracuse, New York. Born in a sports family, Mowins's father Len Mowins was a basketball coach, while her mother was a professional ice hockey player.

From an early age, she became very interested in sports and used to watch every major game with the family together. She studied at North Syracuse High School in New York, where she was a popular basketball, softball, and soccer player.

Later, she attended the Lafayette College in Easton, Pennsylvania, where she captained the varsity basketball team. 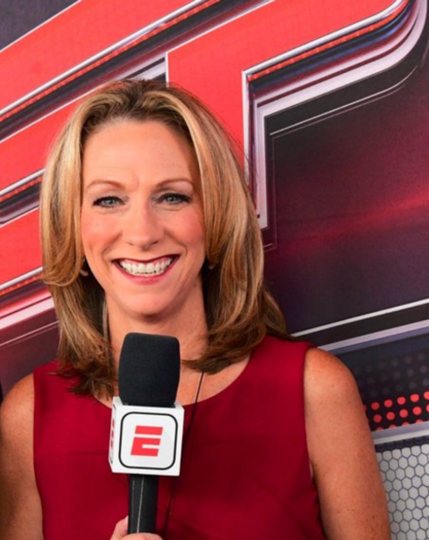 A three-time all-conference selection and 1,000-point scorer, she is still the school’s all-time assists leader with 715 points. She is the member of the Lafayette College's Maroon Club Hall of Fame.

Beth Mowins Net Worth and Salary

Major Tv Stations like ESPN, CBS, FOX, and other national sports channel pay extremely high salaries to the experienced sports commentator. Generally, the range of salaries reported by professional sports broadcaster is between $25,000-$110,000.

As per reports, Mowins makes more money than her fellow female sportscasters like  Laura Rutledge, Linsay Rhodes, and Wendi Nix. It is estimated that the renown female play-by-play commentator Beth Mowins has an estimated net worth of $2.5 million.

You may also like: Bob Costas, one of the highest paid sportscasters net worth

There isn't any reported estimation of Mowins's annual salary. However, based on previous contracts of professional sportscasters, it can be assumed that her annual salary is somewhere between $75,000-$90,000.

Mowins is one of the very few female sports announcers, who has amassed a pretty huge amount from the sports industry. Unfortunately, there isn't any detail information regarding her personal properties.

Mowins began her professional career as a news and sports director for  WXHC-FM Radio in 1991. Later in 1994, a popular sports television channel, ESPN, hired her as a play-by-play commentator.

After joining ESPN, Mowins called the National Collegiate Athletic Association (NCAA) Championships in basketball, softball, soccer, and volleyball. She has been the voice of the Women’s College World Series for more than 20 years.

In addition to her ESPN NFL assignment, Mowins worked four NFL games for CBS Sports during the 2017 NFL season, and she has been the main commentator for the Oakland Raiders preseason games since 2015.

Mowins became the first female journalist to host an NFL game and second sportscaster to announce the nationally televised college football games for ESPN. Gayle Sierens was the main announcer for NFL regular season in 1987 for NBC Sports. 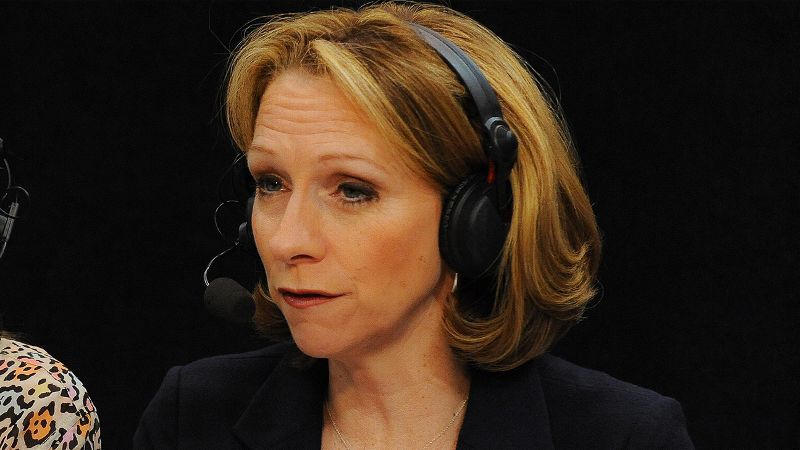 Mowins was also in the ESPN's tertiary broadcast team for the telecasts of the FIFA Women's World Cup in 2011. She announced the 2015 NFL pre-season football game between Oakland Raiders and the St. Louis Rams in Oakland, Calif.

You may like: Broadcaster Aditi Kinkhabwala Professional Life, Husband, and net worth

Mowins announced the 2017 ESPN's Monday Night Football in September 2017, which made her the first woman to call a nationally televised game since 1987. Another sport announcer Fran Harris also hosted a series on HGTV between the ESPN stints.

As of 2018, Mowins currently works for the ESPN and ABC Saturday games. Within a short period of time, Mowins gained a huge popularity and accolades from the sports industry.

Regarding personal life of Mowins, she is currently 51 years old. Further, her star sign is Gemini. While she was at Lafayette College, Mowins led the Varsity women's basketball team under her captaincy.

Apart from her professional life, very little facts are known about Mowins. It seems that she is very focused on her career, and she usually doesn't talk much about her personal life in front of media and public.

There hasn't been any record of her marriage and divorce till now. Mowins hasn't clarified about her boyfriend, husband, affairs, and relationships till date.

She earned her Bachelor's degree from Lafayette College in 1989, and a master’s degree in communications from Syracuse University in 1990. It is no surprise that the famous sportscaster is passive on social media. Mowins is active on Twitter only and has over 30k followers.

As of 2018, Mowins is currently single. At the beginning of her career, Mowins suffered from a controversy regarding her sexuality. Many media sources claimed that she was secretively a Lesbian. However, there hasn't been any proof to support this claim.

Some of the facts of the popular female sportscaster are: