Benni McCarthy is a well-known former professional football player. He is currently working as the head coach for the Durban-based PSL team, AmaZulu Football Club. McCarthy played professional football from 1995 until 2013. Benni played as a striker for most of his career and is the only South African to win the UEFA Champions League.

Benni McCarthy was born Benedict Saul McCarthy on November 12, 1977, in Cape Town, South Africa. He is among the four children born to Dudley McCarthy and Dora McCarthy. Benni has two brothers and a sister. His elder brother Jerome played in the South African football league, and his younger brother played football at Franklin Pierce University.

Benni McCarthy has an estimated net worth of more than $10 Million. He has earned most of his net worth through his successful football career. McCarthy is currently working as the head coach and is among the highest-earning coach in the South African league, with an annual salary of more than $400,000 annually. 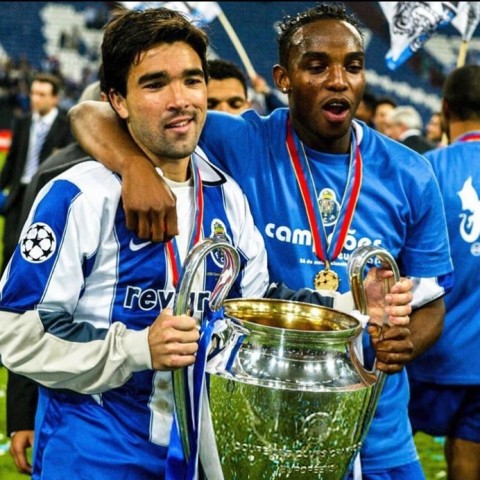 Benni shares a photo with UEFA title with his teammate SOURCE: [email protected]

Benni moved to Celta de Vigo in 1999 for a reported fee of over €6 million from Ajax. At the end of the 2003 season, Porto acquired McCarthy for a sum of €7.856 million. The following year, He was part of the UEFA championships league winning team and received a hefty bonus. In mid-2006, The player four-year contract with Blackburn for a £2.5 million transfer fee. In 2011, Benni accepted £1.5million and terminated his contract with West Ham.

Benni walked down his wedding aisle along with Stacey Munro in 2014. They had a private and beautiful wedding ceremony in their hometown. They had been dating each other for several years before their marriage. The duo is the proud parents of a daughter, Lima Rose and a son, Lio McCarthy. Stacey is a Scottish model and has appeared on numerous magazine covers. The family of three is living a happy married life. 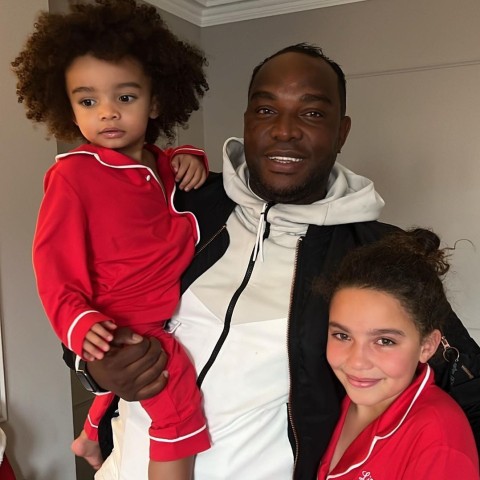 Benni shares a photo with his children SOURCE: [email protected]

McCarthy has had a failed marriage before marrying Stacey. Benni was married to his first wife, Maria Santos in 2004. They exchanged their wedding vows in 2004. The love birds welcomed three daughters, Minna, Mya and Allegra. This happy-looking marriage never remained the same after the birth of their children. They eventually got separated in 2007.

Benni started playing football with a local side called Young Pirates, which was managed by his uncles. In 1997, He had good stats in the African Youth Championship and Ajax signed him for a season. The following season, McCarthy moved to Celta de Vigo in La Liga for a €6 million transfer fee. At the end of the 2003 season, Porto signed him for a sum of €7.856 million and won the Champions League Under Jose Mourinho.

Benni moved to Blackburn Rovers in 2006 and then to West Ham United in February 2010. He terminated his contract from West Ham and then moved to his home country and sings with Orlando Pirates. McCarthy announced his retirement from professional football in June 2013.