Ben Davies is a well-known Welsh professional football player who ideally plays as a left-back. Initially started as a Swansea City player, he is currently signed with the Premier League club Tottenham Hotspur. He has also represented the Wales National team on several occasions.

Hailing from the suburbs of Neath, Wales, United Kingdom, Ben Davies was born in 1993. He celebrates his birthday on the 24th of April every year. He goes by the birth name of Benjamin Thomas Davies. Likewise, his zodiac sign is Tauras.

He is the second child of his parents, Eryl Davies (mother) and Alun Davies (father). His mother is a housekeeper, whereas his father is an engineer. Apart from his parents, he has a sister named Hannah Davies. The family of four are very close to each other.

For his academics, Ben initially studied at Ysgol Gyfun Ystalyfera. As for his measurement, he stands at a towering height of 5 feet 11 inches (1.81 meters).

Ben Davies was interested in football from the start. Following his interest, he enrolled at the youth academy of Swansea City A.F.C. in 2000. But, as his father had to change country due to his profession and the family had to shift to Viborg, Denmark, he left the academy in 2001.

Nonetheless, his interest in the sport continued as he joined the academy of Viborg FF. Three years later, the family returned to Wales, and Ben once again joined Swansea City A.F.C. After spending 8 years playing for the club's different youth ranks, he finally got called up to the first team.

In 2012, he signed a two-year contract with the club and debuted against West Ham United on August 25. Afterward, he became one of the regular players of the team. In the 2012-13 season, Ben lifted his first trophy with the club when they won the Football League Cup.

In late 2012, he extended his time with Swansea City by signing a new three-and-a-half-year contract. Although he was meant to stay at the club till June 2017, he was sold to Tottenham Hotspur after the 2013-14 season. In July 2014, Ben signed a five-year deal for an undisclosed fee.

Since then, he has been playing with the team and has become a key player. In his new team, Ben was accompanied by some star players, including Harry Kane, Son Heung-min, Gareth Bale, Dele Alli, and others. In the 2018-19 season, the Tottenham team had reached the finals of the grand UEFA Champions League.

Sadly, the team faced defeat at the hands of Liverpool as they lost 0-2. However, despite a huge loss, the team held their head high in the hope of getting revenge someday. As of this writing, Ben Davies has made a total of 228 appearances for Tottenham.

Ben's national team journey started in 2011 when he was called to play for the Wales U-19 national team. He made 3 appearances before he was included in the Wales senior team squad for the 2014 FIFA World Cup qualification matches. 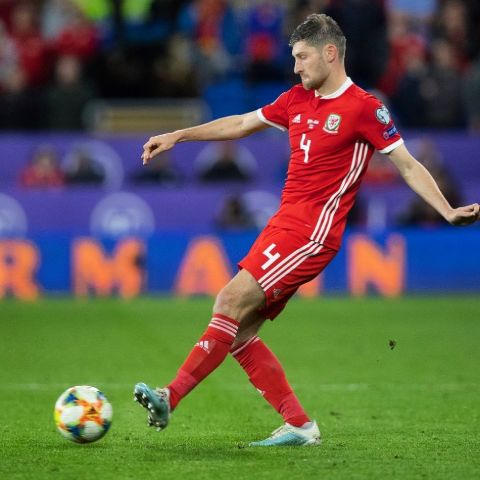 Sadly, Wales didn't make it to the 2014 FIFA World Cup. But, that didn't stop Ben's appearance for the Wales national team. He continued to play games for his nation whenever he was called or included in the squad. As of this date, he has appeared in 61 games for Wales.

His most recent appearance with Wales national team was on June 11, 2021, when Wales faced Switzerland in the second game of the UEFA Euro 2020. Wales is scheduled to face Turkey in their next match on June 16, 2021.

In his time at Tottenham Hotspur, Ben Davies earns a salary of £60,000 per week and £3,120,000 per year. His current contract with the club will expire on June 30, 2024. He also gets a decent pay-roll while representing Wales on the international stage.

He was also well-paid by his former club. Likewise, it is estimated that his current market value is around €16 million (last updated on May 25, 2021), as per transfermarkt.com. In addition, Ben also receives a healthy sum from his sponsorship deal with Adidas. 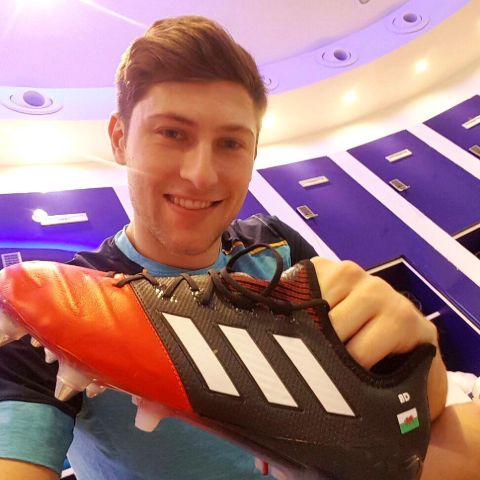 Is Ben Davies Single or Married?

Neither the Tottenham left-back is single nor married. But, he is in a blissful relationship with his long-time girlfriend, Emily Caplan. Ben's girlfriend is a London-based interior designer.

Although the duo hasn't revealed the exact date when they began dating, it seems like they have been together for quite a long time. They usually flaunt pictures alongside each other via their respective Instagram handles. 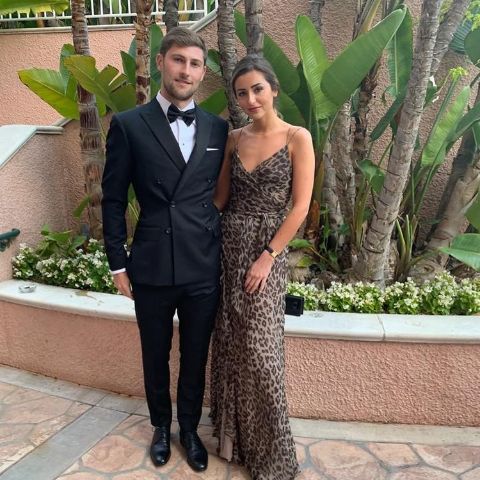 The reason behind the footballer not sharing many pictures alongside his beau might be his busy schedule. He has a tight schedule to follow whether he is playing for his club or his nation. Nonetheless, it is for sure that the couple has immense love for each other.