Beiwen Zhang is an American professional badminton player.  Beiwen not only represented the United States but too represented Singapore and China. Currently, she is living in Las Vegas, Nevada, United States.

Beiwen Zhang born on July 12, 1990, and raised in Anshan, Liaoning, China is one of the richest Badminton and was also listed on the list of the Richest Badminton players. Beiwen in 2021, secured the women's singles title in Pan Am Championship.

The American professional badminton player was cut short for her medal in the 2020 Summer Olympics when Beiwen suffered an apparent Achilles injury. Currently, Beiwen is placed in 14th rank in world women's singles and 8th in the world tour ranking women's singles in Badminton.

Beiwen was raised in Anshan, Liaoning, China. She played badminton at the provincial level in her country before she followed her provincial coach to Singapore at the age of 13 and played with the Singapore National Team until 2012 when she moved to the United States for her training.

Beiwen won a bronze medal at the women's team event of the 2009 Southeast Asian Games. She was dropped from the Singapore National team after she and the head coach could not get along but she was invited again by the National team. Beiwen is one of the finest players in the United State right now. 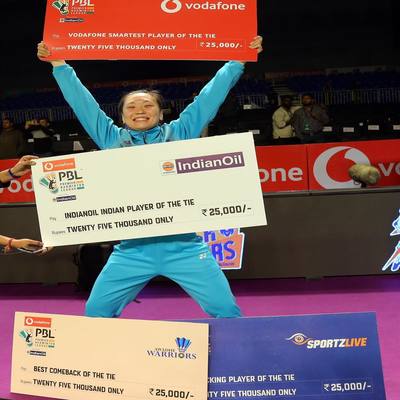 After all the ups and downs Beiwen encouraged herself wanted to prove herself to reach the top level. In 2013 after moving to Las Vegas with her parents Beiwen won four international trophies. In 2014, The American Badminton player continued on her winning streak in Peru, the US, Brazil, and the Netherland. In 2016,  she competed in Danish Badminton League, for Vendsyssel Elite Badminton and she finished as the runner-up in the final round of the BWF Super Series event in the French Open. Beiwen won her first BWF World Tour title at the India Open.

As one of the richest badminton players and ranked 14th in the world women's single her net worth is $1.5 million.

The pandemic added to her financial burden. The lack of tournaments in 2020-2021 due to the pandemic has meant less income for her from tournaments and sponsorship. Beiwen launched a fundraiser campaign on Gofundme for the US $15000 to help her in the Tokyo 2020 Olympics. The money too will support her in upcoming tournaments and expenses for her coach.

Her Gofundme campaign back in 2018, assisted her in World Championship. She was able to raise $8405, surpassing her initial campaign target of $5,500.

Who is Beiwen Zhang Dating?

Beiwen is currently single, she is not dating anyone and her past relationship is too a mystery. Biewen is too focused on her career. She is covering up all the ups and down's in her life now, Biewen Zhang's center of attention is towards her Carrer.

Beiwen loves dogs a lot. The American badminton player has two dogs named Maru and Peanut, she loves to hang out with them.

The two dogs are so cute and interesting one she too loves ducks she has ducks in her home she plays with them a lot. Besides this, she too frequently hangs out with her friend she is too focused on her career that Beiwen too trains herself at the home by herself. 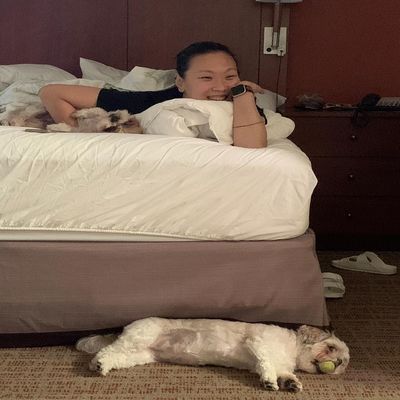 The American Badminton player too loves doing Yoga which helps her gaining the fitness she requires.

Check out more athletes in PlayersWiki