Aymeric Laporte is a French-born Spanish professional footballer who plays as a center back for the English team, Manchester City of the Premier League, and the Spanish national team. He was named La Liga team of the year 2013-14, and Premier League Team of the Year 2018-19.

Laporte was born in Agen, France on May 27, 1994. He trained with the youth faculty of SU Agen, Bayonne, and Athletic Bilbao.

The Basque descent, Laporte made his senior career debut with the Spanish team, Basconia in 2011. He made 33 appearances and two goals before departing the club in 2012. He arrived in Bilbao formally in 2010 but didn't make his main squad debut until November 28, 2012, playing the full 90 minutes in a 2-0 win against Hapoel Ironi Kiryat Shmona FC in that season's UEFA Europa League.

He was first featured in La Liga on December 9, 2012, in a game against Celta de Vigo. He was promoted to Bilbao's first team shortly after, on January 14, 2013. Before leaving the club in 2018, he had made 161 outings scoring four times. In January 2018, Laporte signed for Manchester City in a record-breaking fee for both the English side and the Spanish team.

Since he was unveiled at the Etihad, the six-foot-three center back has made 75 advents including four goals, three Premier League titles, each of FA and Community Shield, three EFL Cup, and a runner up at the UEFA Champions League 2020-21.

How much is Aymeric Laporte's Net Worth and Salary?

Laporte's so far earnings have reportedly outstretched to over $50 million in salaries alone. Having played for Athletic Bilbao in La Liga, he had allegedly raked in total wage worth ahead of $10 million; received in partition throughout 2012 to 2018.

He was supposedly set on salary not far from $11 million a year when the blue side of Manchester signed him for a reported fee of $80 million. 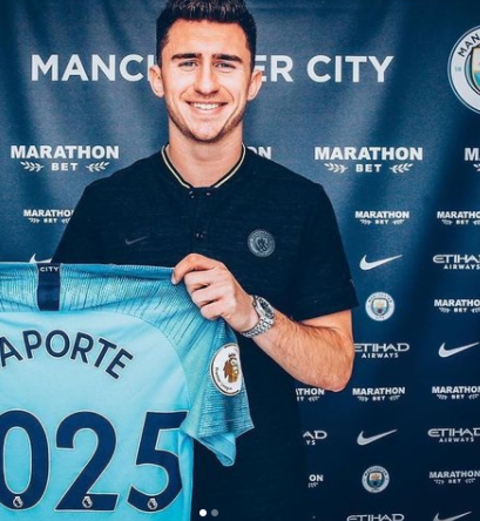 Since he arrived in Manchester, he has been said of grossing over $8.5 million annually from the guaranteed payouts. By the end of his contract with City, he is anticipated to have reached career emoluments no less than $90 million. The titles with Manchester City also need attention. Players usually get a bonus pot worth millions of dollars in helping their club win the silverware.

As such City has been under no shortage of titles since the arrival of Agen-born center back. Also, the Citizens' average annual salary has continuously triumphed over other EPL teams in recent years - with the median value of roughly $9 million. Laporte's net worth, in regards to the above details, could very well be in the frame of $30 million- $40 million.

The Sky Blues number 14 is currently in a relationship with Sara Botello, a ballet dancer by profession. Over the years, she has established herself as one of the hottest wags with her allegiance to Aymeric Laporte. 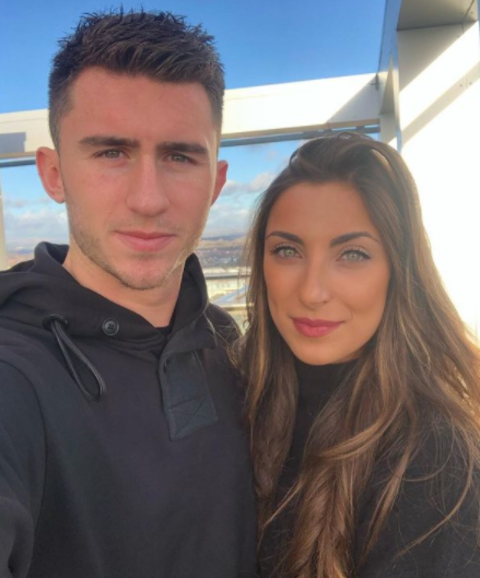 Aymeric Laporte is believed to have started dating his girlfriend, Sara Botello in 2017 SOURCE: Instagram

His girlfriend Sara was also once a member of Bilbao's cheerleader team. The pair's romance dates back to Spaniard's Bilbao days with Laporte introducing Botello to his followers on December 9, 2017, through his Insta handle. Though, the footballer is yet to reveal if that's the year he had started dating the dancer.