Atoya Burleson is an American TV Host who is also the CEO/Host of inSIDELINES. Atoya is better known as the wife of  Canadian-born American football commentator and former wide receiver Nathaniel Eugena Burleson.

Atoya Burleson was born on May 31, 1978, in the United States. She has become very much successful in keeping her early life away from the media. She is yet to utter a single word about her parents with the public. Burleson comes from an African-American ethnic background. Atoya graduated from the University of Nevada on a track and field scholarship. She became a collegiate hurdle champion as well as won a championship with her track team.

Atoya Burleson's Married Life; Does he have Children?

Atoya has been married for more than eighteen years. Atoya and her husband Nathaniel Burleson tied their wedding knot on March 26, 2003, in a private wedding ceremony. At the time of their wedding, Nobody was in the limelight so, there is not much information about their marriage with the media. 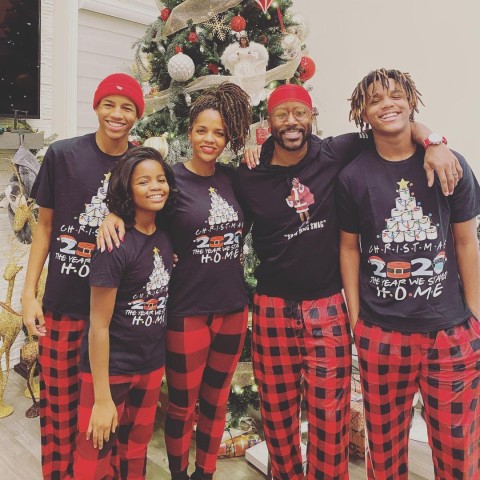 Atoya with her husband Nate and their children SOURCE: [email protected]

For the beautiful wedding ceremony, the bride wore a vintage lace off-the-shoulder wedding gown, wearing a crystal crown, and the groom was donned in a white slim fit tuxedo, tying up with a white tie. As per sources, The love birds first met each other at their University. Both of them were athletes who helped them to know each other well. It did not take a long time for this friendship to turn into relationships and married life.

Atoya and Nate welcomed their first child, Nathaniel, in 2004. In 2006, The love birds had their second child, Nehemiah. The family of four extended to five in 2010 with the birth of Mia Pearl Burleson. Nehemiah is already a  freshman for the Don Bosco football team. Both of the parents seem to be very much supportive of their children. Both Atoya and Nate can be seen attending their children's games and plays.

Atoya has been working as a host and is also a co-founder of a sport line. She has an estimated net worth of more than $200,000. Burleson must be enjoying her husband's $10 Million fortune. Nate earned much of his net worth through his successful career with NFL. He played for a total of twelve seasons. 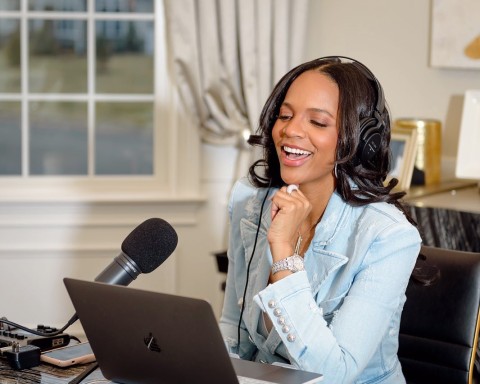 Atoya shares a photo of her podcast SOURCE: [email protected]

Nate signed a seven-year $49 million contract with Seattle Seahawks. In 2010, the American football player agreed to a five-year $25 million contract with the Detroit Lions at the end of the contract. He announced his retirement in 2014. Before retiring from the games, Nate had started working as an analyst for the NFL Network.

Burleson has switched to numerous roles within the company. In 2016, Nate sold his Newcastle Washington for $2.95 Million. Shortly after this, the former player listed their Scottsdale, Arizona accommodation for $1,995,900, which he purchased for $1.92 Million in June 2015. The family of five is living a happy and peaceful life.