Being a native of Poland, Jedrzejczyk plays for the national football team of Poland. Since 2010, he has been representing the senior team.

How Much Is Artur Jedrzejczyk's Net Worth?

Jedrzejczyk has a net worth of around $400,000. All of his fortunes came from being a professional footballer. Currently, he is signed with Ekstraklasa club Legia Warsaw and is the highest-earning player in the squad. Jedrzejczyk earns £8,500 a week and £442,000 a year. Jedrzejczyk came to the Legia Warsaw team after receiving €900k. Besides, his current market value is €300k, but it is not the highest. His highest market value was €4.50 million on February 23, 2015. Like many footballers, Jedrzejczky may have collaborated with some sports brands.

So, it can be said that Jedrzejczky may earn money from brand endorsement and sponsorships.

Artur Jedrzejczyk married his beloved wife, Agnieszka Jedrzejczyk, in a ceremony held in Debica. The wedding, held on January 20, 2015, was attended by several players from his team and his family.

Not to mention, Jedrzejczyk had an injury on his leg during his marriage. Since their marriage, the couple has lived blissfully without problems. They have a cute white dog and post numerous snaps with the dog on Instagram, where we can follow him as @jedzowaty.

Apart from that, the couple also has a daughter, but her name remains a mystery. Artur's wife, Agnieszka, is active on Facebook, sharing many snaps of her ongoing life.

Besides, Jedrzejczyk holds Polish nationality and stands at a height of 6 feet 2 inches (1.89 m).

Artur Jedrzejczyk began his career by joining Igloopol Debica in 2005. After a year, he was transferred to Legia Warszawa on July 1, 2006. He was loaned to "GKS Jastrzebie" for the 2007-2008 season, where he managed a total of 23 appearances before returning to his parent club.

Jedrzejczyk then had a loan spell at Dolcan Zabki in the 2008-2009 season, making 28 appearances and two goals before returning to Legia Warsaw. On January 7, 2010, he was sent on loan to Korona Kielce with a loan fee of € 8 thousand. During his loan season with the team, he scored 1 goal in 11 appearances. 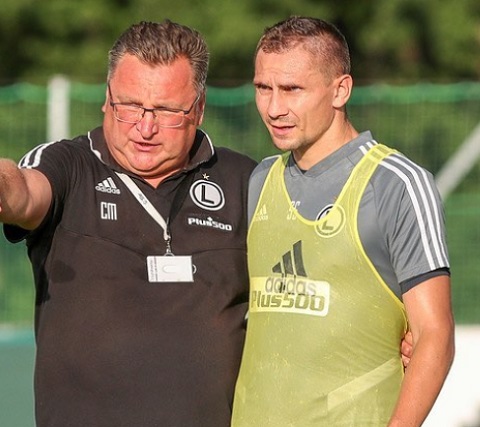 On January 4, 2017, Jedrzejczyk signed a three contract with Legia Warszawa with a transfer fee of €900k. Moreover, Jedrzejczky has already made over 120 game appearances for the club.

A career at the National Team

On June 1, 2008, Jedrzejczyk made his international debut at the age of 20 with the Poland U21 under the coach Andrzej Zamilski. He played two matches for the U21 team. 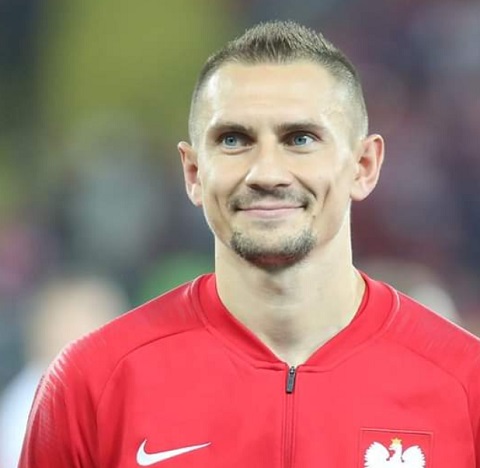 Artur Jedrzejczyk is on the national team  SOURCE: Twitter @newsypilkarskie

At the age of 22, Jedrzejczyk earned his first international cap on July 26, 2010, under the coach Franciszek Smuda. In the international field, Artur Jedrzejczyk formed the defensive line along with Bartosz Bereszynski, Thiago Cionek, and Maciej Rybus.

Meanwhile, the Polish team is also competing in the FIFA World Cup 2022, and Jedrzejczky is also included in the squad.