Bartosz Slisz is a rising Polish professional football player. He is currently playing in the Polish Football league for the Legia Warshaw. Bartosz plays as a midfielder for his club and country. Slisz turned professional in 2015, playing for the ROW Rybnik. He earned his international call in 2021.

Bartosz Slisz was born Bartosz Piotr Slisz on March 29, 1999, in Rybnik, Poland. He rose to fame only after his successful career and has not shared much about his early life and parents. Slisz has successfully kept his personal life away from the spotlight. In addition, Information about his education and academic qualification is under the radar. Regarding his physical appearance, Slisz stands five feet and eleven inches tall and weighs 65 kg.

Bartosz Slisz's Net Worth and Salary

Bartosz Slisz has an estimated net worth of more than $200,000. Slisz credits most of his net worth to his football salary and earnings. A football player has multiple sources of income, including sponsorship and advertising deals. Slisz is pretty private about his economic conditions. 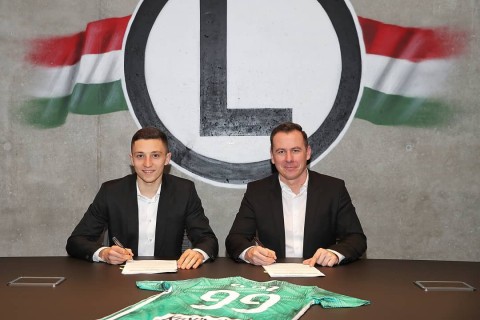 Bartosz signed with the Legia in 2020 SOURCE: [email protected]

Bartosz currently receives £78,000 as his salary for the 2022 season. He has a weekly wage of £1,500. His teammate Artur Jedrzejczyk is the highest-paid player for the team, with a salary of £442,000. He is very early in his career and will be adding more in the future.

Bartosz is an active social media user. The football player is open about his relationship status. Following his posts, we can be sure that Slisz is engaged to his longtime girlfriend, Kamila Bala. The love birds have been dating each other for more than three years. The duo first posted a photo of them together in June 2019. 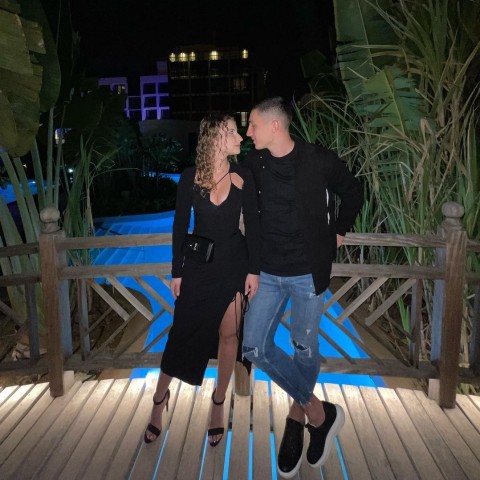 Bartosz shares a photo of his fiance SOURCE: [email protected]

Bartosz and Kamila keep sharing each other's photos on their timeline. The duo has known each other for more than three years. Kamila and Bartosz got engaged in May 2021 while on vacation at Isla Mujeres. They are early in their career and must be focusing on their career.

Bartosz started playing football in the early days. He joined RKP Rybnik's youth academy in 2012 and trained with them. The player remained with the team representing them in numerous divisions and games until 2014, then moved to ROW Rybnik. Bartosz joined the team for an undisclosed fee and time.

In early 2020, Slisz moved to Legia Warsaw after the club paid £1.8 Million. He signed a four-year contract. This is a record amount for which a Polish team bought a footballer.

Bartosz has been part of the national team since 2016. He has represented the club in U-18, U20 and then to the senior level. Slisz debuted his national team in September 2021 against San Marino in a World Cup qualifier match.