Armaan Franklin is a college basketball player who currently plays for the Virginia Cavaliers of the Atlantic Coast Conference(ACC). Before the Cavaliers, he also played as a shooting guard for the Indiana Hoosiers, where he averaged 11.4 points per game in his sophomore year. He was the second-leading scorer of the team.

During his high school, he was part of the Supreme 15 All-State underclass team and Indiana Junior All-Stars team for his outstanding performance in both junior and senior years. Armaan was rated as a 4-star recruit by Rivals and ESPN, while 247Sports rated him a 3-star recruit. Overall he was rated as Number 140 by the Rivals.

Who is Armaan? (Bio and Early career)

Armaan Franklin was born on November 17, 2000, in America, and his birth sign is Scorpio. He is American by nationality, and his ethnicity is African-American. Franklin has a height of 1.93 m (6 ft 4 inch) and currently weighs around 93 kg (204 lb). He has short curly black hair and a black eye. 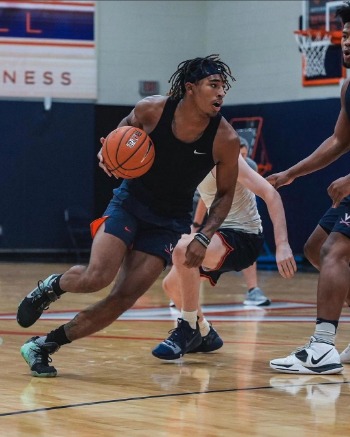 In his hometown, he was raised by his mother, India Franklin, while information regarding his father, Franklin Sr., is still under the radar.

Know About His Girlfriend and Relationship Status

As of 2021, Armaan is just 20 years old and too young to be in a romantic relationship. He has never posted about her relationship nor posted anything regarding her love life. He likes to spend his free time with his family and friends.

We looked through his Instagram profile but couldn't find a single clue about his dating life.

Though Virginia Cavaliers shooting guard does not share her dating life in public, he may be seeing someone in private. So it’s probably not safe to jump to conclusions.

Read about:- Is Davonte Davis Dating?

The former Indiana University shooting guard is still a college player who does not get paid as a basketball player as per the rules of America. But they offer full scholarships for talented athletes like Armaan.

Read about:- Eric Williams Net worth, Earnings and Salary 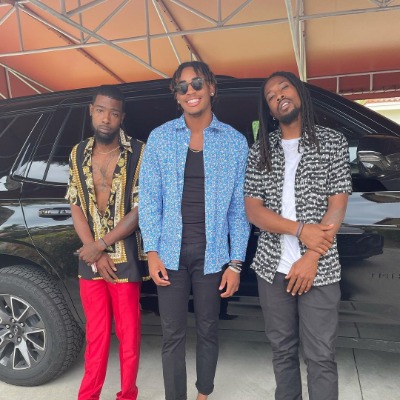 But recently, the NCAA has decided to allow college players to have a partnership with brands and offers. The rule has helped the Cavaliers shooting guard to increase his net worth. On July 1, he recently announced on his Instagram about his sponsor with Virginia's Locker Room Access. He said,

"Excited to announce my first NIL sponsor You gotta checkout @lockerroomaccessinc  gear on their site, podcasts on Youtube, Apple Podcasts and Spotify.  Look out for me on the pods this season! Register at LockerRoomAccess.com" 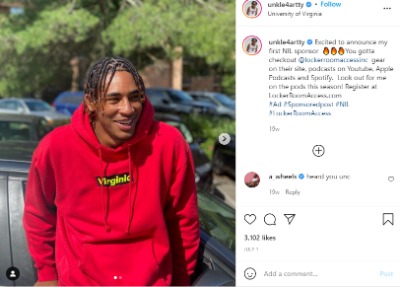 Both the parties have not opened the actual value of the exchange. We will update it as soon as it is made public.

He completed his schooling at Cathedral High School of Indianapolis, Indiana, United States and graduated from Florida. In the 2018-19 season, he averaged 23 points, 3.8 assists and 7.8 rebounds per game in his junior year.

For his impressive record at high school, he received offers from various colleges like Indiana, Purdue, Ohio State, Butler, Louisville, Xavier and Clemson. But he chose Indiana University. There he was a team-best 3 point shooter in sophomore season.

Later in March 2021, he transferred to the University of Virginia, where he played for at least 3 years.