David McCormack s an American college basketball player who is currently representing the Kansas Jayhawks of the Big 12 Conference as their Center. He is projected 2nd round draft in the 2022 NBA Draft.

The Bronx, New York native, David McCormack was born on 2nd July 1999 under the star sign Cancer. The twenty-two years old holds an American nationality and is of Afro-American ethnic background. He stands 6 ft 10 in (2.08 m) tall and weighs 250 lb (113 kg).

David was raised by his mother Janine McCormack alongside elder brother Daniel. At the age of two, McCormack's family moved from the Bronx, New York to Virginia. 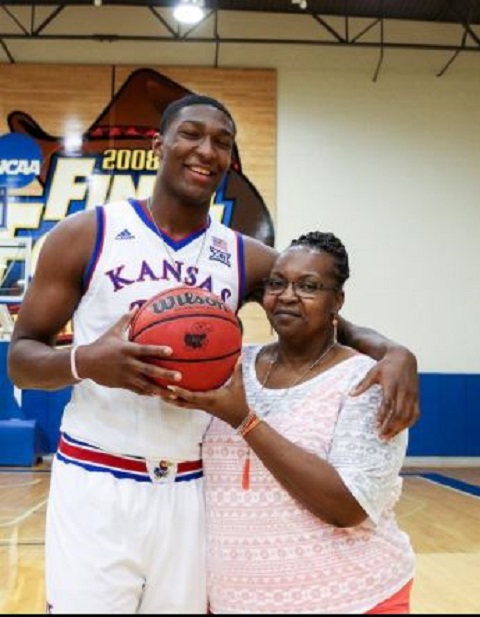 At age 5, David looked more like a 7-year-old. By the time he was 7, people thought he was 10 or 11. And while his size helped him in athletics, it did not come without a price. around age 10, when David thought about giving up basketball.

His mother, aunt, Kara Moss, and the whole family helped him a lot to lose weight. He lost about 40 lbs (18 kg) in his first year at Oak Hill.

He grew up playing football and basketball, as well as taking part in the shot put and discus throw before ultimately choosing basketball.

McCormack played high school basketball for  Norfolk Academy in Norfolk, Virginia. Later, he was transferred to  Oak Hill Academy in the Mouth of Wilson, Virginia. In his first year at Oak Hill, he lost about 40 lbs (18 kg).

During his senior season, he helped  Oak Hill Academy to achieve a 30–4 record and win the 9A state title. Also, he went on to play in the McDonald's All-American Game and Nike Hoop Summit.

McCormack concluded his freshman season at Kansas averaging 3.9 points and 3.1 rebounds per game.

In his junior season, he became a regular starter after the departure of Udoka Azubuike. He averaged 13.4 points and 6.1 rebounds per game, shooting 51.5 percent from the floor.

After the junior season, David underwent surgery to repair a broken bone in his right foot.

David McCormack is a quite confidential person when it comes to his personal life. There is no information on his relationship/girlfriend.

The basketball player is active on Instagram with 19k followers. " You wake up with two things everyday, choices and consequences. Make the right decision," written on his IG bio.

How Much Is David McCormack's Net Worth In 2021?

David McCormack is yet to turn professional to make money out of his basketball career. There is no money in playing college basketball but it helps to make the player portfolio strong to get drafted by the NBA franchise in the future.