Antonio Lee Davis was born on October 31, 1968, in Oakland, California. As per his nationality, he is American and belongs to Afro-American ethnic group. Further, his star sign is Scorpio.

Antonio Davis initially went on to play with professional teams in Europe, rather than play in the NBA. He was drafted by the Indiana Pacers in the second round, 45th overall of the 1990 NBA draft. As a rookie off the bench, Davis played in 81 games.

The following year, out of 52 games, Davis played in 44 games and averaged 7.6 points and 6.4 rebounds. He played ten seasons for the Pacers.

In August 1999, Davis was traded to the Toronto Raptors and played in 79 games averaging 11.5 points, 8.8 rebounds, and 1.3 blocks. He played five seasons for the Raptors and was traded to the Chicago Bulls in the 2003-04 season. While playing for the Bulls, he averaged 7 points and 5.9 rebounds.

Just before the start of the training camp of the 2005-06 season, Davis was traded to the New York Knicks and played 36 games in which he averaged 5.0 points and 4.8 rebound. He further recorded a season high of 14 rebounds.

In February 2006, he was traded back to the Raptors and scored 7 points and 7 rebounds in his first game back with the Raptors. He was released by the Raptors after an injury. He played for Team USA at the 1989 Tournament of the Americas and 2002 FIBA World Championship, winning the silver medal in the 1989 event. 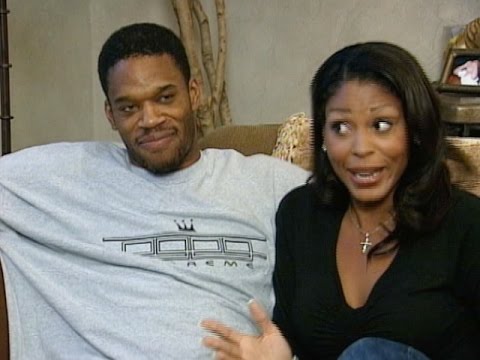 Antonio Davis is living a happy life with his family. Likewise, his relationship with his wife is going on strong as ever without any chance of separation.

Antonio Davis's Salary and Net Worth

Further, the former NBA player has an average salary of $100,000 dollars annually working as a co-host/analyst for SiriusXM NBA Radio.

Antonio Lee Davis so far has made earnings of $87.7 million dollars from his entire NBA career.

Facts and stats of Antonio Davis

Antonio Lee Davis was not only a world-class athlete but also has a very attractive individual. The Famous NBA star is 6 feet 9 inches in height and weighs around 98 kg.