Anthony Drew Dorsett, Jr., better known as Anthony Dorsett, is a retired American football player who was drafted in the 1996 NFL Draft by the Houston Oilers in the sixth round. During his playing stint, he played for Houston Oilers / Tennessee Oilers / Tennessee Titans (1996–1999), Oakland Raiders (2000–2003), Toronto Argonauts (2007), and Omaha Nighthawks (2010) in the position safety.

Son of Pro Football Hall of Fame Tony Dorsett, Anthony was born on September 14, 1973, under the star sign Virgo. He holds an American nationality and belongs to the Afro-American ethnic background.

An initial profession as a NFL player has helped Anthony Dorsett to summon a big chunk of money. As reported, the hunk earned no less than $2 million through seven seasons in the NFL. According to the source, in 1995, the average salary of a football player was about $716,000, and by 2001, the average salary was $1,100,500.

Further, he also played for CFL and AFL team, which garnered him with a lucrative sum. After retirement, he successfully transitioned in the entertainment industry where he has appeared in film and television. 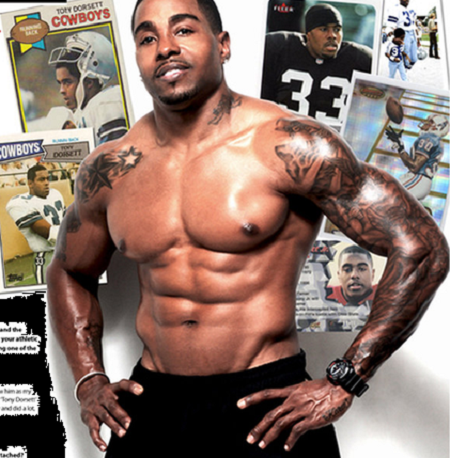 In February 2019, he pre-launched a product line, "Dorsett33cbd.com.," which is one of the largest high volume, quality Hemp producers in the U.S. He is positioned to put out CBD products on the market today. At prices, the average American can afford it.

The former NFL star, Anthony, is yet to reveal his relationship status. For now, he is believed to be single. Though he does not talk about his secret affair, Dorsett keeps posting pictures of his son on his social accounts.

His son, Hawke, was born on 14th August 2014. The little one goes kindergarten and is already into two sports: T-ball & soccer.

He was born as one of four children to parents: Tony Dorsett and Karen Casterlow. His siblings are Jazmyn, Madison, and Mia. 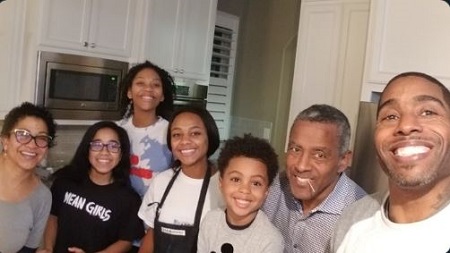 Aforementioned, his father, Tony, is a former American football running back who played in NFL for the Dallas Cowboys and Denver Broncos. In November 2013, Tony disclosed that he had signs of chronic traumatic encephalopathy (CTE), a brain disease found in many former football players, hockey players and boxers. Expressly, he referred to memory loss as the primary symptom affecting him in retirement.

After high school football at Pearce High School, he played for the Pittsburgh Panthers football team with eighty tackles and three interceptions. At the 1996 NFL Draft, he was selected in the sixth round by the Houston Oilers, where he played until 1999. From 2000 to 2003, he played for Oakland Raiders.

On 1st June 2007, he signed to CFL side the Toronto Argonauts but was subsequently cut in training camp on June 18, 2007. Later, he also played for the Omaha Nighthawks of the United Football League in 2010.