Anne de Paula was born on March 31, 1995, in Rio de Janeiro, Brazil. She rose to fame only after her successful career, so there is not much information about her early life and her parents' media. Some claim her father to be a nurse, and her mother is a radiologist. Her father wanted Anne to become a soccer player. Paula started playing soccer at the age of eight. She went on to play soccer for her school team and subsequently represented her city.

Anne is famous for her successful career and well-known for her relationship history. Paula was in a relationship with Irish singer and songwriter Danny O’Donoghue, the lead vocalist of a rock band named ‘The Script.’ They worked together on a music video. The duo dated each other for more than three years before moving apart. 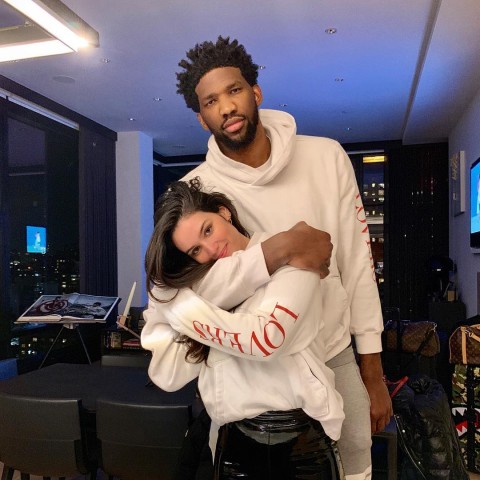 After separating from Danny, Anne remained single for some time and then started dating g professional basketball player Joel Embiid. The duo remained private about their relationship; in the beginning, They made their first public appearance in October 2018 while Joel represented his team, ‘Philadelphia 76ers.’ The pair met at a New York City dinner in 2018 through a mutual friend.

The duo is very close to each other and regularly shares each other's photos on their timelines. Paula is a passionate traveler and has been to popular holiday destinations worldwide. In September 2020, Anne and Joel welcomed their first child, Arthur Elijah De Paula Embiid. Embiid shared the news with photos on Instagram of his family, showing love to his girlfriend and revealing his excitement for more kids in the future.

At the age of fourteen, Anne started modeling when her mother encouraged her to start her modeling career. She then started working towards becoming a bikini model and competed in the ‘Swimsuit Model Search’ contest. After winning the competition, Paula became a successful bikini model. Paula is currently signed with the popular New York City-based modeling and talent agency ‘Wilhelmina Models.’

Anne de Paula has an estimated net worth of more than $100,000. She has accumulated most of her net worth through her successful career as a model. Paula is living a lavish lifestyle through her husband's successful NBA career.