Famous as a star of the Bravo reality series "The Real Housewives of Miami", Larsa Pippen initially rose to fame after marrying NBA star Scottie Pippen. Besides, she is notable for her appearance on then-BFF Kim Kardashian’s E! series, Keeping Up With the Kardashians, however, now they are no longer friends.

Get to know detail about Larsa Pippen and Scottie Pippen's love story. Do they share children? Is Larsa Pippen single or dating?

Larsa Pippen and Scottie Pippen met for the first time in 1995. Later, two years they tied the knot. However, she is not the first wife to Pippen as he was previously married to Karen McCollum (1988-1990) with whom he had a son Antron (b. December 29, 1987 – April 18, 2021). Also, Scottie got engaged with Yvette De Leon, though no marriage between the two ensued. 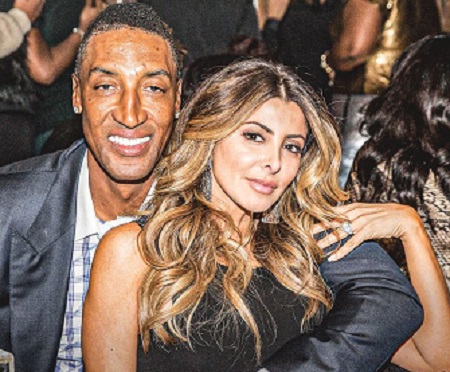 On 10th November 2000, Larsa and Scottie welcomed their first child a son named, Scotty Jr, who currently is the point guard for the Vanderbilt Commodores of the Southeastern Conference (SEC). Later two years they had another son Preston followed by Justin (b. 2005), and Sophia (b. 2008). The youngest Sophia appeared in the first season of Dancing with the Stars: Juniors. 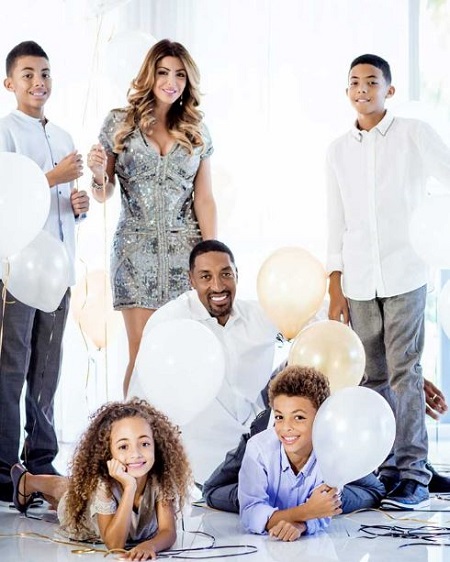 In December 2020, Larsa became the talk of the town after being spotted visiting a Miami shopping center with NBA player Malik Beasley who was still legally married to Montana Yao. Further, it was reported, they dated for four months but parted ways.

Source told us, "They're friends and still in communication but are not together. Distance played a role in the breakup."

Besides, there are no confirm relationships.

Larsa Pippen is a millionire. She starred in The Real Housewives of Miami in 2011. As reported, salaries of the reality cast in the Housewives can go as high as several million dollars per season. So chances are she made a good deal of money through the show. Further, she landed a six-figure deal with PRETTYLITTLETHING. Besides, she owns a jewelry line and fitness business.

Other than that, she is the ex-wife of Scottie Pippen who made NBA career earnings of $107,892,430. As of 2021, his net worth is over $20 million. Not to mention, Larsa has received millions in divorce settlements as well.

Chicago, Illinois native, Larsa Pippen was born on 6th July 1974, under the star sign Cancer. She is the daughter of a Lebanese mother and a Syrian father. Her maiden name was Younan, before being married to Scottie Pippen on 20th July 1997. She enrolled at the University of Illinois and received a bachelor’s degree in political science.

Larsa is famous on Instagram with over 2 million followers as of May 2021.