Andy Murray is a well-known British professional tennis player. He is currently playing in the ATP tour and was ranked at World No.1 for forty-one weeks in 2016. Andy turned professional in 2005. Murray has won forty-six titles for the single and three for the Doubles category. Andy is also the Gold Medalist in two Olympics.

Andy Murray was born Andrew Barron Murray on May 15, 1987, in Glasgow, Scotland. He is the son of Judy Murray and her husband, William Murray. His mother is a well-known Scottish tennis player and a coach. Andy has a brother named Jamie, who is also a professional tennis player. Murray's parents split up when he was 10, with the boys living with their father while being mentored in tennis by their mother. Andy stands six feet and three inches tall and weighs 84 kg.

Andy Murray has an estimated net worth of more than $100 Million. Andy is ranked at No. 4 in the All-time leader in Earnings in the tennis event with a total earning of $62,009,732. Roger Federer, Novak Djokovic, and Rafael Nadal are the top-three players with a combined $350 million combined in career prize money. 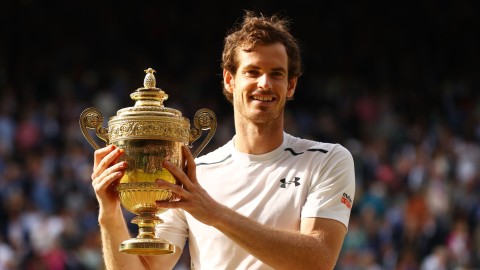 Andy had earned more than $100 Million from his endorsements, bonuses, and appearance fees, based on Forbes' estimates from tracking athlete earnings annually. In the 2016 season, Andy made $13,327,822 as his prize money when he won nine titles His earnings of the season remain as the highest-earning in a single season.

Andy is living a happy married life along with his wife and his children. Murray walked down the wedding aisle with his longtime girlfriend, Kim Sears. The duo first met each other in the early 2000s and opened about their relationship in 2005. After being in a relationship for almost a decade, Murray and Kim announced their engagement in November 2014. 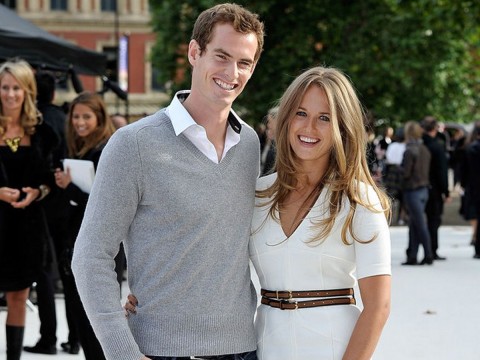 Andy shares a photo with his wife, Kim, at an event SOURCE: Getty Images

Andy and Kim walked down their wedding aisle on April 11, 2015, in a lavish wedding ceremony at Dunblane Cathedral in his hometown. The duo is the proud parents of four children. In March 2021, Andy had to withdraw from Dubai Championships to spend his fourth child.

Andy made his professional debut in 2005 when three other tennis legends dominated the tennis world. He had to struggle in his initial days to win his titles. Murray made his Grand Slam breakthrough in 2012 by defeating Djokovic to win the US Open. The same year, The player on the men's singles gold medal against Federer at the 2012 London Olympics.

Andy defended his Olympic title in 2016, winning it twice. Murray reached never won the Australian Open, having reached the final five times between 2010 and 2016. He won Wimbledon twice in 2013 and 2016. In November 2016, Andy peaked at No.1 World Tennis ranking for forty-one weeks. Many experts rumored him to retire in 2019, but  Murray has delayed his retirement for few more years.