Andreas Skov Olsen is a Danish professional footballer signed to the Belgian side Club Brugge as a winger. A full international since 2020, he has earned 14 caps with six goals from Denmark National Football Team.

How Much Is Andres Skov Olsen's Net Worth In 2022?

Andreas Skov Olsen is currently with Club Brugge for an undisclosed fee. While in his contract with Bologna, his weekly salary was reported at £28,000, which is £1,456,000 per year.

Andreas's current market value is €10 million. His net worth is approximately $2 million.

Yes, Bologna's No.11 Winger is not single. He is currently in a relationship with Olivia Poppe. 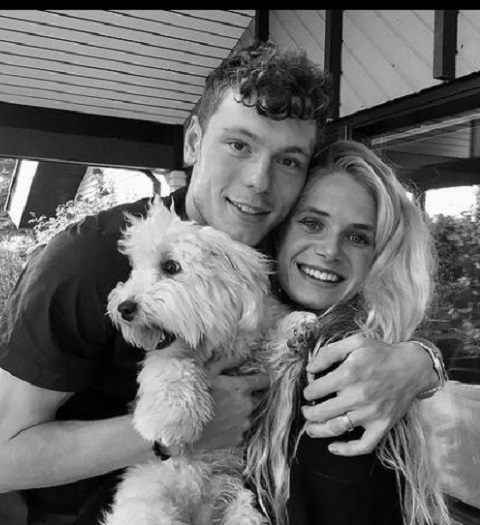 On October 18, 2020, he wrote, "15 years of chasing this girl happy 2 years, day baby." The two make an adorable couple. While Olsen is open about his love life, Poppe does not seem to be enjoying the spotlight. Additionally, she has set her Instagram account private.

Andres Skov Olsen began footballing with a local club, Alsonderup SG&I. Later, he joined Nordsjaelland in 2012 at the age of 12. Going through the various youth system, he was called to the senior team on July 17, 2017. However, he sat on the bench for Nordsjaelland the whole time against OB. Further, he appeared in the summer of 2017 in Sweden, playing a friendly match.

On July 23, 2017, he made his debut for the Nordsjaelland at his 17, entering in the 95th minute where he replaced Emiliano Marcondes in a 3-2 win over Brondby IF in the Danish Superliga. Later few days, he appeared in a Danish Cup game against amateur side Vejgaard B, playing 72 minutes and scoring and assisting a goal.

By summer 2018, he was officially promoted to the first-team squad. Despite his young age, he had a super impressive first half-season in the Danish Superliga, with 11 goals. He concluded the season with 22 goals.

On July 24, 2019, Olsen joined the Italian Serie A club, Bologna. However, Before his contract expired in 2022, The player moved to Belgium and joined CLub Brugge.

At the International level, Olsen represented Denmark U-18, U-19, U-21, and now the senior team.

In September 2020, Olsen got his call for the senior Denmark squad for the UEFA Nations League matches against Belgium and England. On October 7, 2020, he made his international debut for Denmark in a friendly match against the Faroe Islands with a goal in a 4-0 victory.