Jacob Bruun Larsen is a Danish professional footballer who is signed to the Bundesliga side 1899 Hoffenheim as a winger. A full international since 2019, he has earned two caps from Denmark national team. Represented Denmark in every youth level U-16 to U-21, he also competed at the 2016 Summer Olympics.

How Much Is Jacob Bruun Larsen's Net Worth In 2021?

A Nike athlete, Jacob Bruun Larsen's net worth is approximately $1.5 million as of 2021.

Reportdely, Jacob Brunn Larsen is dating Christina Wildbork. However, the couple has now deleted each other's pictures from their IG. The big question that remains today is are they still together. 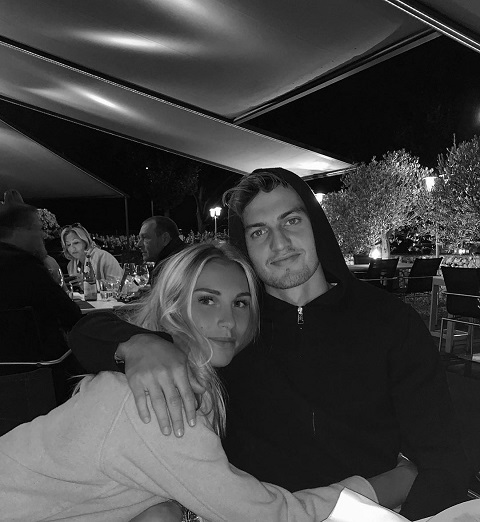 In 2017, Jacob Bruun Larsen was named for first-team by Borussia Dortmund, with the club announcing the extension of his contract until 2021 on 15th March.

On 23rd January 2018, he was loaned out to VfB Stuttgart on a half-season deal. There he gave 4 game appearances with no goals.

After his loan stint, he returned to his parent club. On 28th September 2018, he scored his first goal for Borussia Dortmund in a 7–0 victory over 1. FC Nurnberg.

Before his departure from Borussia Dortmund in 2020, he played 29 games and scored 2 goals.

On 31st January 2020, Jacob signed to 1988 Hoffenheim on a four-and-a-half-year deal.
On 23rd January 2021, Bruun Larsen moved to the Belgian club RSC Anderlecht for the end of the season.

Also, he represents Denmark at the Olympics in Rio de Janeiro.

On 21st March 2019, Bruun made his senior Denmark national football team in a friendly against Kosovo, as a starter.