Carl Johan House Justesen, aka Carlo House, is a Danish professional association football player who plays for Rosenberg as a right-winger. Denmark international played his youth career for FC Copenhagen. He kicked off his professional football career at the age of 18.

On 2 June 1999, the Rosenborg right-winger Carlo was born in Denmark. The right-footed winger represents himself wearing jersey number 10. As of 2022, he is just 22 years old. He can play as a winger as well as a striker. His ball control and his pace made his opponent real hard to chase him.

The Denish rising footballer Carlo has a shredded and athletic body structure. The Rosenborg right-winger possesses an average height of 5 feet 9 inches and weighs around 73 kg. In addition, he has medium blonde hair and brown eyes.

The Danish rising soccer player started his professional football career a bit late compared to others. He began playing football professionally at the age of 18 as a youth player from FC Copenhagen. Carlo made his senior-level Danish Superliga debut for FC Copenhagen on 23 September 2017 in a game against Silkeborg. He appeared in 27 games as a Copenhagen player, adding two goals to his tally. 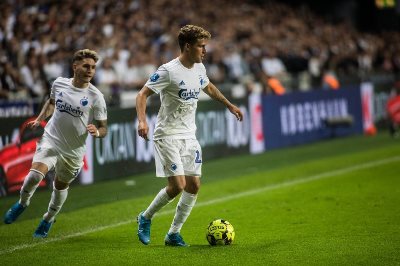 Reportedly, during his tenure at Copenhagen, he was about to get loaned to Esbjerg FB for the rest of the season but unfortunately, that didn't happen. After expiring his contract with the club, Danish international Carlo decided to join Rosenborg on 31 Jan 2020, signing a four-year major contract with the club.

Carlo House, of Danish descent, has played for his nation in U-16, U-17, U-18, U-19, U-20 and U-21. He has represented Denmark since 2014. In November 2020, Carlo was called up to Kasper Hjulmand's senior squad for the friendly game against Sweden. Still, due to Covid-19 restrictions, he was compelled to be in quarantine and, unfortunately, on the bench in the match against Sweden.

Who is Carlo House dating? Love life and dating status

The Danish right-winger Carlo seems to be a very romantic and caring boyfriend to his beautiful girlfriend Sara Petric, a digital creator and a model. The duo appears to be in a happy and cheerful relationship. 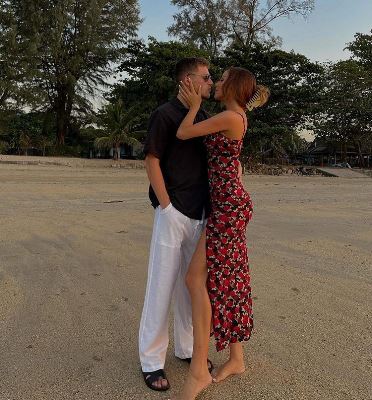 They often go on vacation and spend their quality moment. Despite being from different professions and backgrounds, the couple has equally maintained their personal and professional lives.

Carlo's net worth and annual earnings in 2022

Rosenborg's forward is a rising footballer; he is still yet to make millions in his future. All credit goes to his hard work and utter dedication; he lives a lavish life. When he joined  Rosenberg FC, he whopped a netting salary of €2400 weekly and €1,24,800 yearly.

As per the source, his net worth is around $1.5Million. Apart from football, he also adds decent fortune to his net worth from his brands, sponsors and endorsements. 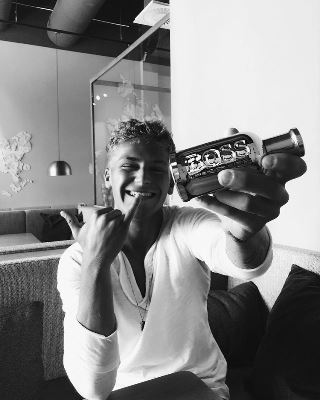 The Denmark jersey no 10 Carlo is sponsored by a fragrance company name 'Hugo Boss United,' which he promoted on his social media account. The actual financial transaction between the two parties is not flashed yet, so it is under the radar.