Anderson França Varejão a.k.a. Anderson Varejão is a Brazilian professional basketball player who plays for the Cleveland Cavaliers of the NBA. He played for the Flamengo of the Novo Basquete Brasil (NBB). An 18-year NBA veteran, he spent his first 12 NBA seasons with the Cleveland Cavaliers and then played for Golden State Warriors 2016-2017 and returned to Cavaliers in 2021. He was drafted by Orlando Magic in the 2004 NBA draft. He is also a regular member of the Brazilian national team, winning a gold medal in 2003 at the Pan American Games.

Anderson Varejao's Net Worth and Salary in 2022

Anderson Varejao has an estimated net worth of $48 million in 2022, including all of his properties and earnings. The maximum of his net worth is built through his professional basketball career. Furthermore, he has made over $88,929,857, playing 17 seasons in the NBA.

Further, he also played for the Flamengo of the Novo Basquete Brasil (NBB), where his annual salary is estimated at $2.3 million. 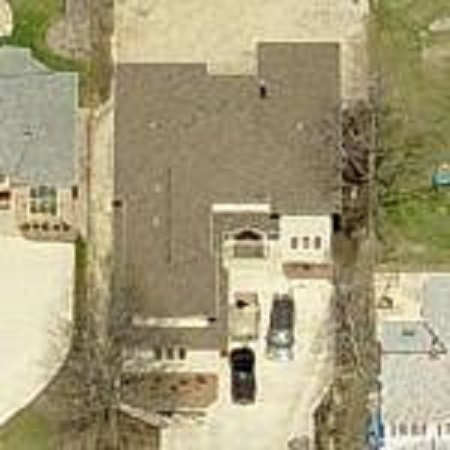 He is one of the superb names in the world of basketball. He has an amazing height of 6 feet and 11 inches. His body weight is 273lb.  He is popular on social networking sites. People followed him on Twitter. A lot more info about his life and bio can be seen on Wiki. One can see his latest news on rotoworld.com.

Is Anderson Varejao Married? Who is his Wife?

Matter of fact, Anderson Varejao has married twice. He first tied the knot with Marcelle Silya. The pair dated for nearly three years before they tied the knot. After a long courtship, the Marcelle and Anderson walk down the aisle on September 7th, 2013 at St. Francis of Paola Church in Rio de Janeiro. 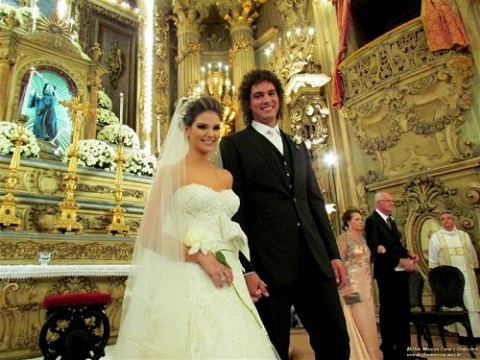 The couple exchanged their wedding vows in front of 1,000 guests, most of which were family and closest friends.

Talking about his Marcelle Varejao said:

‘But having my wife now and my family, they helped me a lot. She was healing me; she really helped me. She took care of me - mentally, telling me to stay positive.’

However, their relationship came to an end in 2016. They divorced!

Later, the NBA veteran found love with a beautiful lady, Stacy Bradley. The two met in 2009, but their relationship didn't blossom until seven years later, in 2016, when Anderson's eldest brother, Sandro, coordinated a "reintroduction." Later they started dating. 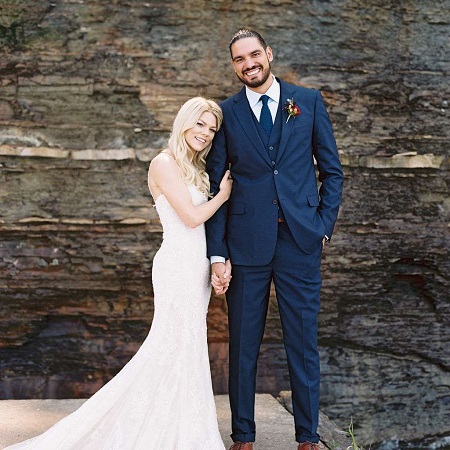 Less than three years later, Anderson got down on one knee. In January 2019, the couple exchanged the vows in the shores of Lake Erie, Ohio.

He is popular among his teammates and earned the nickname “Wild Thing” because of his wild hair and energetic relentless style of play. Once he also subjects to controversy. His career stats are incredible. He is a good friend of Kobe Bryant and Stephen Curry.

Anderson Varejao was born as Anderson Franca Varejao to  Brazilian parents, Nely Varejao and Sebastiao Antonio Varejao. His age is 36 now. As per nationality, he is Brazilian. here is no info about his ethnicity. His birth sign is Libra.

His brother Sandro Varejao is a basketball player at West Virginia.

Varejao has started his early career with Franca Basquetebol Clube in the city of Franca, Sao Paulo. He played for Franca Basquetebol Clube from 1998 to 2002. In nine Euro league games, he averaged 4.7 points, 4.0 rebounds, 2.0 assists and 1.1 blocks per game. In 2002-03, he appeared in four regular seasons Liga ACB games for Barcelona, averaging 8.2 points and 6.0 rebounds per game.

In 2003-04, he appeared in 27 regular seasons Liga ACB games for Barcelona, averaging 7.5 points and 4, 4 rebounds per game. He was selected by the Orlando Magic in the second round of the 2004 NBA draft, 30th overall. However, he was traded to Cleveland Cavaliers in exchange for Tony Battie.  From 2004 to 2016, he has played for Cleveland Cavaliers.

He earned his stardom by playing for Cleveland. Later, he switched to Golden State Warriors. He also participated in National games. He won a gold medal in 2003 at the Pan American Games. Long-time Cavaliers teammate LeBron James defended him, stating "He's taking physical charges.