Amber Seyer is a professional model who won the Miss Missouri Teen USA and Miss USA Pageants title in 2002. Besides, she has also made an appearance for different brands. She is also an actress who has made an appearance in movies like The Change-Up and Starting from the Scratch.

She is also known for becoming the wife of a famous baseball player, Barry Zito. Barry previously played in Major League Baseball and used to play as a baseball pitcher. Throughout his 15 years of career, he played for teams including Oakland Athletics and San Francisco Giants.

Amber Marie Seyer, famously known as Amber Seyer was born on April 14, 1986, in Nashville, Tennessee, United States. According to astrologers, her birth sign is Aries.

She was born to her mother Sherry Seyer and her father Tom Seyer. She has not revealed much about her parent's information but as per sources, her father was a businessman. Her parents were very supportive of her interests in modeling.

In terms of education, she is a graduate student from Lindenwood University. She received a scholarship to attend the University. For her school, she attended a private school in her hometown.

Unlike others, she did not come from a well-established family. She used to support her parents in their pig farming business as a kid. But later, she gradually got interested in modeling.

Then she started participating in pageant competitions.

She found her success in 2002 when she won the Miss Missouri Teen USA contest. Later she got a chance to represent her nation and was even one of the finalists of the competitions

That was just her first taste of success, and it was just beginning. She started getting opportunities in modeling for different brands. Some of the popular brands she has done modeling are Joe's Jeans, J Brand, Ed Hardy, etc.

Later she also started acting in the movies.

A Seyer's height and weight

Her weight is around 51 kg and has blonde hair with grey eyes.

Amber's net worth and Career earnings

Amber Marie Seyer's net worth is estimated to be $4 million in 2022. She has earned most of her money from her modeling as well as acting career. Besides, she is also the wife of a famous athlete which has boosted her total monetary value. Her career in some famous movies has boosted her career earnings. Before that, she used to participate in beauty contests and win those.

The relationship status of Amber Seyer

Amber Seyer is currently married to her husband Barry Zito. The couple has been married for more than 8 years as of 2022.

The couple dated for a few years before getting engaged with her current husband in April of 2011. After 2 years they tied their knot on December 3 of 2013. The marriage ceremony was held in a private place in the presence of their close friends and relatives. Before Barry, there is no report of whether he was dating anyone or not. But she must have had at least one relationship in the past.

Who is Amber's husband Barry?

Amber's husband Barry Zito, whose full name is Barry William Zito is a former baseball pitcher. He was included in the All-Star 3 times in 2002, 2003, and 2006. He is also a World Series Champion during his time at San Francisco Giants.

Is Amber Seyer's husband a musician?

Amber Seyer's partner Zito started doing music professionally after his career in baseball was over. 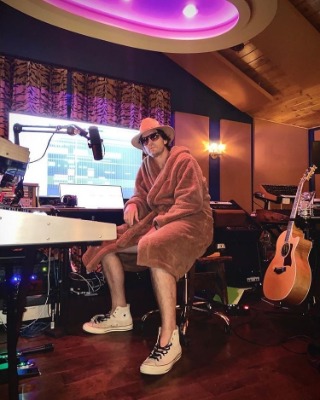 He also participated in the third season of the competition named The Masked Singer.

Barry is active on Insta and his Insta id is @barryzitomusic. He has more than 13,400 followers. He frequently shares his photos and his time with family.

Amber and Barry: Parents of 3 children

Amber and her husband Barry Zito are proud parents of 3 children, all boys. While their youngest child was born in February of 2020. His name is Rome Zito.

Do they adopt Mercer?

The couple involved him in their family in May of 2017. Since then he has been with the Zito family.

After being established in her modeling career, she started making appearances in movies.

Her first movie name is The Change-Up which was released in 2011. Later in 2013, she also appeared in movies named Starting From Scratch.

But her husband is very much active on Instagram and often shares photos with her wife Amber and their children.