Mirai Nagasu is a professional skater who represents the United States in international tournaments. She has already participated in Olympic Games, Four Continent Championships and Grand Prix Final. In 2018, she won the Bronze medal in the Olympic games held in Pyeongchang.

Mirai Aileen Nagasu was born on April 16, 1993, in Montebello, California, United States. According to astrologers, her birth sign is Sagittarius.

She was born to her father Kiyoto Nagasu and her mother Ikuko Nagasu. Her parents were originally from Japan and later moved to America. Her mother Ikuko suffered from thyroid cancer. 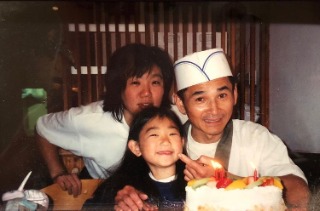 She comes from a business background as her parents were involved in the business. After they moved to the US, they turned their local food into a business n located in Arcadia, Los Angeles.

She is the only child of her parents. But according to her, her dad always had 2 children, the other being the restaurant. She said,

"In the Nagasu family, there were always two kids even though I was the only child. The restaurant was my dad’s baby,"

She also joked that her father had to take a vacation to attend the Olympics of his daughter.

Mirai Nagasu started doing skating at an early age when she was just five years old. And she competed in the Southwest Pacific Regional Championships when in the 2002-03 season.

Finally, in 2004, she got a chance to compete in the national level tournaments in the 2004 US Junior Championships and secured 8th position in the qualifying group.

Finally, she got her first win at the Southwest Pacific Regional Championships in the 2006-07 season. In the following season, she won the gold medal in the Junior Grand Prix Final in singles.

Does Mirai represent America or Japan?

Though Mirai Nagasu daily is originally from Japan she was born in America. She holds the citizenship of both countries but later chose US citizenship.

The reason was because of Japanese rule that had to choose on citizenship before the 22nd birthday.

Her weight is around 54 kg.

Mirai's Net worth and Career Earnings

As per sources, the net worth of  Mirai Nagasu is estimated to be $400,000 approximately. 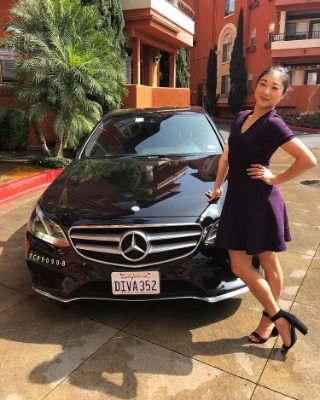 Her main source of income is from skating and competing in various tournaments. The prizes money is the main source of her income. She also earns from the sponsorships deals and brands deals.

Read: Net Worth, Earnings, and Sponsor of Tauson

Throughout her career, she has earned about $1 million as prize money. She has participated in various major tournaments and even secured top positions.

She is also associated with various sponsors like Senreve, NOM and Backyard Soap.

One of her sponsors is Senreve, which is a manufacturer of luxury bag products. 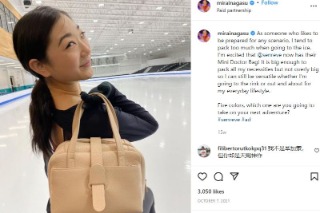 Mirai is frequently seen promoting her sponsor and often shares photos with them. Last time, she promoted their Mini Doctor Bag on her Insta.

Her other sponsors are Neo Open Markets and Backyard Soap Co. Backyard is a local business s brand that manufactures Soap.

Mirai has also partnered with Covry Wear which produces eyewear-like glasses of different styles. She was involved in their give-away campaign.

"I’m teaming up with @shopcovry to give all of you the opportunity to enter for a chance to see what a world of difference glasses that actually fit make."

Who is Mirai's boyfriend? Her new love.

The Japanese -American skater Mirai Nagasu is currently in a relationship with her boyfriend whose name is still not revealed. The couple has been together for more than 2 years as of 2022. 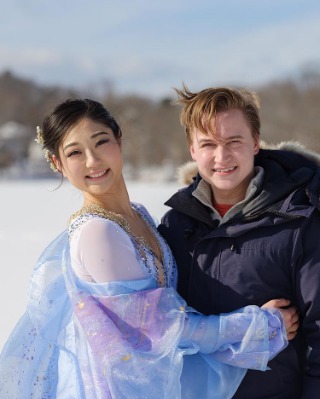 The couple is seen together in many events. Mirai often shares her moments with her boyfriend with her fans. But never mentioned her date name.

As of now, they are deeply in love but have not been married.

Read: Who is Rachael Blackmore dating? (Boyfriend and Relationship)

Previously, Mirai was dating his former boyfriend Darian Weiss. The couple was together between 2015 and 2018. 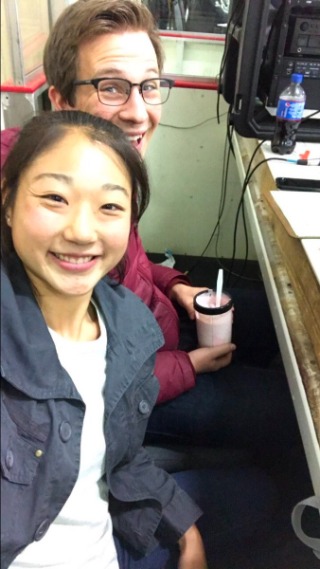 The ex-lovers Nagasu and Weiss used to live in Colorado together and often shared their moments together.  In June of 2017, she posted a photo with her ex-boyfriend captioning,

"Couples who volunteer together, stay together."

She is an active Instagram user and has a fan following of more than 217,000 followers. Her Instagram Id is @mirainagasu

She is also active on Twitter where she shares her updates. Her Twitter Id is @mirai_nagasu and has more than 90,000 followers.