Amanda Lemos is a Brazilian mixed martial artist who currently competes in the Women's bantamweight and strawweight division of the Ultimate Fighting Championship. Nicknamed as Amandinha, she trains with Marajo Brothers Team. Earlier, she fought at Jungle Fight Championship where she was a bantamweight champion.

Amanda Lemos signed with UFC in 2017 and made her debut the same year. However, she was suspended for drug use for two years.  check out his bio to know about his age, childhood, career, salary, relationship and more.

Amanda Lemos signed with the UFC in 2017 but has appeared in only two fights so far. She was suspended from MMA for two after her UFC debut for using stanozolol and fought for the second time in December 2019.

Previously, she fought under Jungle fight where she was a champion. She rep[ortedly earned a good sum fighting in the Brazilian promotion.

The 33-year old MMA fighter has kept her personal life low key. She hasn't revealed if she is married or single. She could have a husband and children in Brazil but hasn't revealed it in media and any other source. Lemos is at the beginning of her UFC career and is focused to be a bigger name in the promotion. She will soon come out with her partner after she develops her career.

Amanda Lemos was born as Amanda Oliveira de Lemos on May 22, 1987, in Belem, Para, Brazil. She is 33 years old as of 2020. She is affiliated with Marajó Brothers Team and fights out of Para, Brazil. 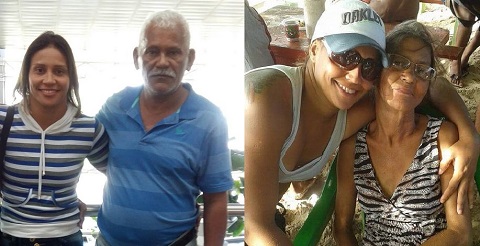 Amanda Lemos with her father and mother SOURCE: [email protected]_ufc