Alicia Sacramone is a retired American artistic gymnast. She is known for her Gold Medals in the history of American athleticism. She is ranked second as the most decorated American gymnast in World Championship history, with ten medals. She finished her career with a total of nineteen medals to her name.

Alicia Sacramone was born Alicia Marie Sacramone Quinn on December 3, 1987, in Boston, Massachusetts. Alicia is among the two children born to Fred Sacramone and his wife, Gail Sacramone. Her father was an orthodontist, and her mother worked as a hairstylist and also a salon owner. She has a brother named Jonathan. Alicia graduated from Winchester High School in 2006 and enrolled at Browns University for her Higher education.

Alicia Sacramone Net Worth and Earnings

Alicia Sacramone has an estimated net worth of $8 Million. Alicia earned much of net money through her successful career in International matches. She has earned some good amount through her contracts and brand endorsement deals. She is the first female athlete to appear in a fashion magazine. Alicia, along with Shawn Johnson and Nastia Liukin in 2008, was signed by CoverGirl spokesmodels. 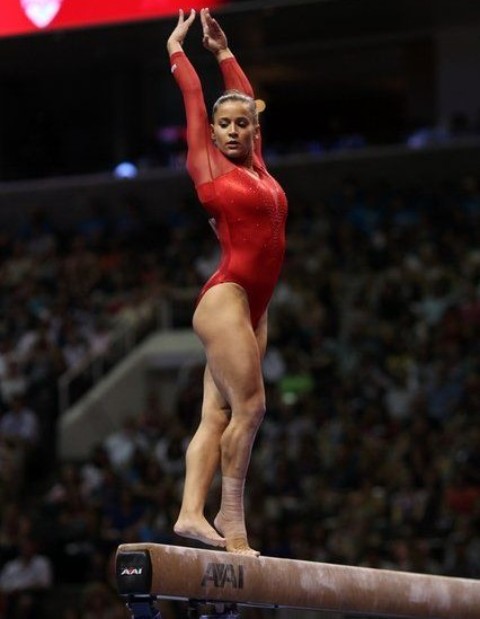 Sacramone is among the member of Team 24 Fitness and serves as the spokeswoman for the company. Alicia must be living a happy life through her successful career. There is not much information about her economic involvement ever since her retirement. Marie-Philip Poulin is another American Olympic Gold Medalist with a net worth of $300,000.

Alicia's husband, Brady Quinn, has an estimated net worth of more than $10 Milon. He is a former American football quarterback and current college football and NFL analyst for CBS Sports HQ and game analyst for Fox Sports. Brady earned much of his net worth through his time in NFL. The average salary of an analyst currently working in states is more than $100,000.

Alicia started her career from a very early age of five. She first started dancing and slowly moved towards gymnastics at eight. Sacramone began competing at the elite level in 2002 and made the national team for the first time in 2003. At the early age of seventeen, She competed in the 2003 National Championships. Alicia was ranked at 14th in the all-round and won a bronze medal for floor exercise.

In 2004, Alicia got selected to perform in Pacific Alliance Championships. She helped her country winning a team gold medal. Many speculated her to become a contender for the upcoming Olympics but could not make it to the team after having some bad time. At the end of 2004, Alicia came to the limelight after winning her second gold medal in World Cup held in England.

In 2005, The Gymnast got selected for the World Championships held in Melbourne, Australia. She won a gold medal on the floor and defended her World Cup vault title. In the 2008 Olympics, The team had to be satisfied with their silver medal, and the media poured on Alicia for the bad result. She had a good career up until 2012. Alicia announced her retirement in 2012 after failing to make it to the Olympics team. By the end of her career, she won twelve gold medals, five silver, and two bronze to her name.

Alicia is a married woman. She is married to her longtime boyfriend, Brady Quinn. The love birds walked down their wedding aisle in March 2014. They got engaged in August 2013. Nothing much about their first meeting instance is shared with the media. Brady is a retired NFL player. 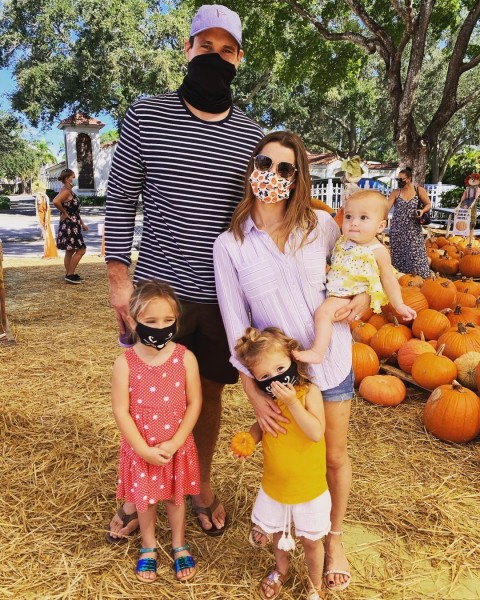 Alicia with her husband and children SOURCE: Instagram @ aliciasacramonequinn

In Early 2016, The duo opened about expecting a new baby shortly. On August 6, 2016, Alicia and Brady welcomed their first child, a daughter, Sloan Scott Quinn. Brady opened about the news through a post on his Instagram. In 2018, The pair were blessed with their second daughter, Teagan Marie Quinn, and In February 2020, They had their third daughter, Cassidy Nicole Quinn.