Alfredo Talavera is a Mexican professional football player who plays as a goalkeeper for Mexico's national team and Liga MX club Juarez. He wears jersey number 1 in his current team, which he has been representing since 2022.

Further, Talavera has also played for Mexican football clubs such as Guadalajara and Tigres UANL and made his full senior international debut for Mexico in 2011. He, as a Mexican national player, represented Mexico at several CONCACAF Tournaments, Copa Americas, FIFA Confederation Cups, and the 2016 Summer Olympics.

Alfredo Talavera's Net worth and Salary In Detail

Talavera has a net worth of over $500,000. All of his income comes from being a professional footballer. Talavera has a deal with his current club, Juarez. So, Talavera earns £21,000 as his weekly salary and £1,092,000 as his annual income. With that, Talavera becomes the highest-earning player on his team. At the same time, Darwin Machis is in the second position. He also played with Toluca for a long time, with whom Talavera had a deal of €2.50 million. He represented the team in many games and helped them win some of them.

It can be said that Talavera has preserved a decent fortune by playing with different clubs. According to Transfermrkt, Talavera's market value is €800k which was €2 million recorded on December 2, 2011.

It is reported that Talavera is currently in a relationship with his girlfriend, Daniela Leon. However, the footballer prefers to keep his matters away from the media. Due to this, there is not much information regarding his love life or girlfriend. 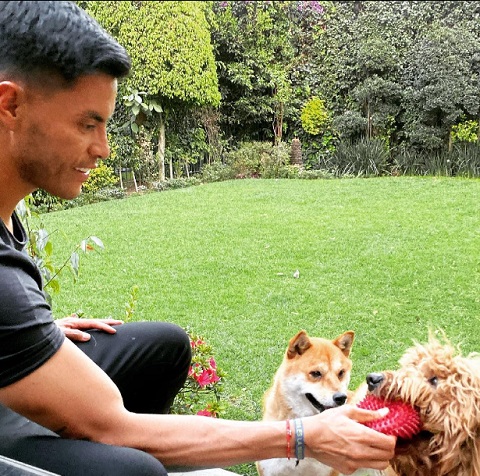 Since 2013, Talavera has been making regular posts on Instagram, frequently sharing details regarding his daily events and games. But he has not shared a single post about his love affair. So, it can be said that Talavera is a private person.

Alfredo Talavera was born on September 18, 1982 in La Barca, Jalisco, Mexico. Talavera was raised by his mother, Norma Estela Diaz, while his father's details remain unknown.

He holds a Mexican nationality and has been fond of playing football since his early childhood. Talavera played on the youth team of the Mexican club Guadalajara in 2000.

After playing for the youth team of Guadalajara, Talavera made his central team in 2003 and went to play 21 matches and was part of the team that went on to win the Primera Divison de Mexico Apertura in 2006. He was transferred to a fellow Mexican football club, Tigres UANL, as of a loan deal in the 2008/2009 season. After making 366 game appearances for Toluca, Talavera moved to play with UNAM. With UNAM, he played in 62 games. Since July 1, 2022, Talavera has been representing Juarez.

Talavera made his full senior international debut for Mexico against Paraguay in a friendly match played on March 26, 2011. Alfredo was included in the Mexican squad for the 2014 FIFA World Cup and was part of the successful Mexican team that won the CONCACAF Gold Cup in 2011 and CONCACAF in 2015. The Mexican goalkeeper also played in the FIFA World Cup 2018 as he was added to 23 Mexican football teams led by the captain, Andres Guardado, along with fellow Mexcian players such as striker Raul Jimenez and midfielder Marco Fabian.

Also Read.Mexico announces their 23-man squad for the World Cup 2018