Alexis Vega is a professional footballer playing for Chivas and the Mexico national team. Vega's prominent position is as a winger, and he sometimes plays as a Centre-Forward. Not to mention, he wears jersey number 10 in his current team.

According to Transfermrkt, Vega is signed with Chivas, and with the respective deal, he has a massive contract worth €5.28m. So, we can say that the professional footballer may be taking a fair salary from the respective team. 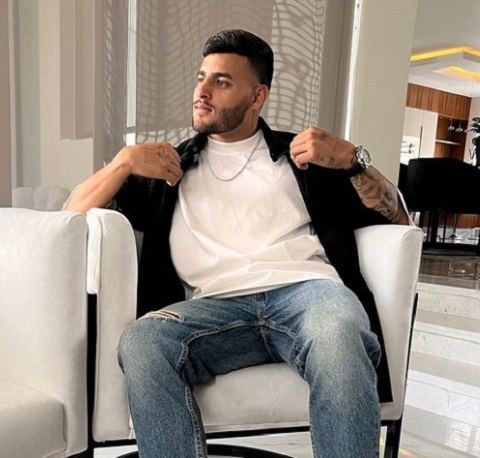 The same report by Transfermrkt, Vega's current market value is €8.00m. Furthermore, Vega has also played for Guadalajara. During his time at Guadalajara, Vega's weekly salary was £5,500, while the yearly salary was £286,000.

Vega Is Engaged to His Fiance, Paula Gonzalez

The professional footballer shared a video of their engagement on Instagram, where we can find him as @alexisvega.9. Moreover, they have not revealed anything about their marriage yet. Alexis Vega with his partner and their daughter  SOURCE: Instagram @alexisvega.9

Apart from that, the twosome has already welcomed their children, and they are blessed with two kids, a son, and a daughter. Not to mention, Vega's partner appears to be a social media influencer who has a strong presence on Instagram.

Vega spent his youth career at Toluca, and his debut for the senior team came on February 27, 2016, while playing a game against Pachuca. Furthermore, Vega scored his first professional goal on April 5. After making 18 game appearances and scoring 12 goals, Vega moved to Guadalajara after receiving a fee worth $9 million.

In the same way, Vega made over 100 appearances for the Guadalajara team and also scored 22 goals. It is now reported that Vega is with Chivas. Likewise, the national footballer also played for the Mexico U23 team in 14 professional matches, netting four goals. 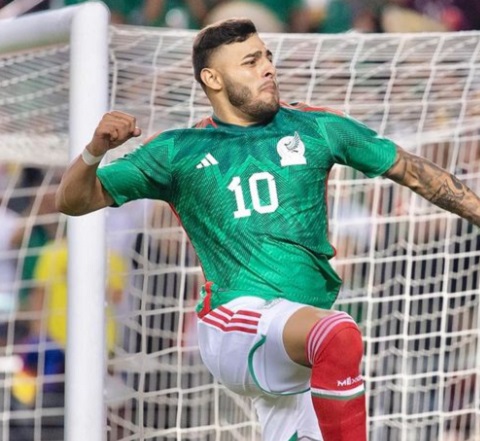 Moreover, Vega made his senior national team debut on March 26, 2019, in a game against Paraguay.

Ernesto Alexis Vega Rojas was born to his parents on November 25, 1997, in Mexico City, Mexico. Vega comes from a superior family, and his father is Ernesto Vega. At the moment, the details regarding his mother and other family members remain unknown.

Regarding his body, Vega peaks at an average height of 5 feet 8 inches which is 1.73 m.