Alexander Isak is a rising Swedish professional footballer who plays as a forward for the Sweden national team. He is currently signed with the La Liga club Real Sociedad. Previously, the young striker used to play for Borussia Dortmund and Willem II.

Born in 1999, Alexander Isak spent most of his childhood playing in the streets of Solna, Stockholm, Sweden. He celebrates his birthday on the 14th of September every year, making him 21 years old. Likewise, his zodiac sign is Virgo.

He was born to Eritrean parents. His father, Teame, is a teacher, while the details of his mother are yet to be disclosed. Apart from his parents, he also has a brother named Sened Teame. Alexander has a harmonious bond with his family, who has supported him very much.

Speaking of the footballer's measurements, he stands at a towering height of 6 feet 4 inches (1.92 meters).

Alexander Isak started playing football at the age of six for his local club named AIK Fotboll, or just AIK. He joined the club's youth academy in 2005 and played for the club's youth teams till 2016. On February 28, 2016, he made his debut for the AIK against Tenhults IF.

His performance in that year was so good that he received the Allsvenskan Newcomer of the Year award. Although Alexander had signed a contract with AIK till the end of 2018, in January 2017, he signed a long-term contract with Borussia Dortmund. His transfer fee was reported to be €9 million.

Initially, he played for Borussia Dortmund's reserve team (Borussia Dortmund II) before playing for the club's first team. With the club, the young footballer lifted his first trophy, the 2016–17 DFB-Pokal championship. In 2018, he was sent off on loan to Willem II.

With Willem II, he made 18 appearances and scored 14 goals. After his loan period ended, he signed a five-year contract, worth £988,000 per year, with the La Liga club Real Sociedad. Since then, he has played with the club in different competitions and has proved to be a key player.

During a La Liga match against Deportivo Alavés on February 21, 2021, he scored a brilliant hat-trick leading his team to a 4-0 win. The hat-trick made him the only Swedish player to do so since Henry "Garvis" Carlsson did in 1949. As of this writing, he has made 89 appearances for the club and has scored 33 goals.

Alexander has played for the Sweden National Football team at several age-level, including the U-17, U-19, and U-21. In 2017, he received his first call to play for the senior national team. He made his senior team debut on January 8, 2017, against Ivory Coast.

On January 17, he scored his first goal for the senior national team in a 6-0 win against Slovakia. His goal made him the youngest goalscorer in the history of the Sweden national football team. Afterward, he was included in the senior team squad on several occasions, such as the UEFA Euro 2020 qualifiers. Recently, his name was included in Sweden's 26-man squad for UEFA Euro 2020, which started on June 11, 2021. Some of the other players who were in the squad were Jordan Larsson, Marcus Berg, Dejan Kulusevski, and Marcus Danielson. Sadly, Sweden's key player Zlatan Ibrahimovic was ruled out due to injury.

In Sweden's first match of the tournament, which happened on June 14, they faced Spain led by their captain Jordi Alba. The match ended in a 0-0 draw. Alexander was included in the starting line-up and played till the 69th minute until Viktor Claesson replaced him. In their next game, Sweden will face Slovakia.

As mentioned earlier, the 21-year-old Swedish footballer earns a hefty sum of £988,000 per year while playing for Real Sociedad. His contract with the club ends on June 30, 2024. But, considering his good performance, the La Liga club might even extend his contract, resulting in Alexander earning more money.

Likewise, his current market value is estimated to be €40 million (last updated on May 31, 2021), as per transfermarkt.com. Alexander also receives a healthy sum from the sponsor deals he has signed. All of his outfitters are sponsored by Adidas Football. Recently, he signed an endorsement deal with the energy drink company, iQ Fuel. 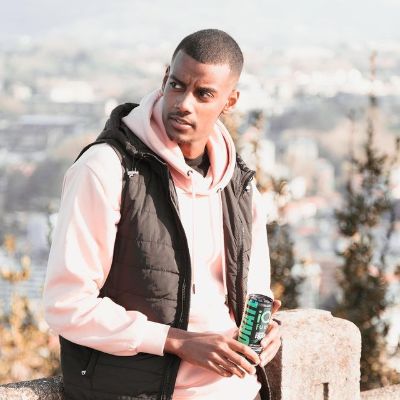 Noting all of that and that he was well-paid by his former clubs, it must be sure that he has a good net worth. It is believed that Alexander Isak has a net worth of around $3 million - $4 million. 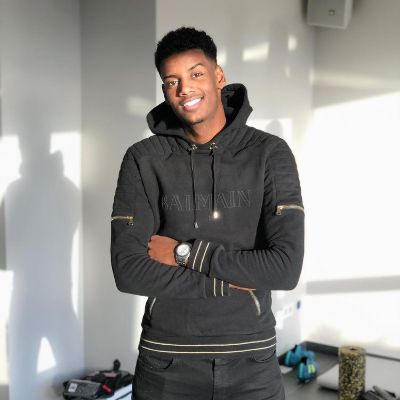 Speaking of his social media, he only mainly uses Instagram and has only shared pictures related to his career and travel. Likewise, there are no records of him dating someone in the past. Due to that, it can only be said that Alexander Isak is currently single.