The 2019 IIHF Women's World Championship winner, Alex Carpenter, is an American professional ice hockey player. Currently, she is playing for the Kunlun Red Star in the Canadian Women's Hockey League as a forward. Previously, she has played for the teams such as Boston Pride, New York Riveters, and Boston College.

Born and raised in Cambridge, Massachusetts, U.S., Alex Carpenter was born on April 13, 1994. Additionally, Alex is an American native and belongs to the ethnic group of white. Also, Carpenter was born as a daughter of the former NHL player Bobby Carpenter under the star sign, Aries.

Starting her career since 2011 and winning many titles, Alex has accumulated a massive net worth over $800,00. Playing in the Canadian Women's Hockey League, Alex is expected to earn $15,000 as a salary on average from her current club Kunlun. Besides, she also earns additional money from an endorsement deal with the different brands, including Marsblade.

Huge thanks to @marsblade for the wheels!

In particular, the CWHL players can earn as low as $2,000 and as high as $10,000 as a salary. Furthermore, each of the seven clubs in the league will receive a $100,000 payroll limit, and this cash pool will be shared between the participants when each team sees fit.

Th former NCAA player, Alex was also the part of the national team of the States that won the silver medal on the 2014 Winter Olympics. As a result, Alex was awarded $22,500 as prize money, winning a silver medal in the 2014 Olympics.

The 25 years old athlete, Alex Carpenter, is neither married or in a relationship. Also, the new about Carpenter's past affairs and dating history are not in the media yet. However, she might have maintained a low profile about the romantic part of her life.

In additon to the relationship, she has good bonding with her siblings. Particularly, she spends most of her spare time along with them and never misses to share their picture on her Instagram account.

The 5 feet 7 inches tall athlete, Alex Carpenter is a dog lover. Especially, she is parenting a dog named Sasha, and it's been alomst six years that Alex and Sasa has been sharing an inseparable bond. 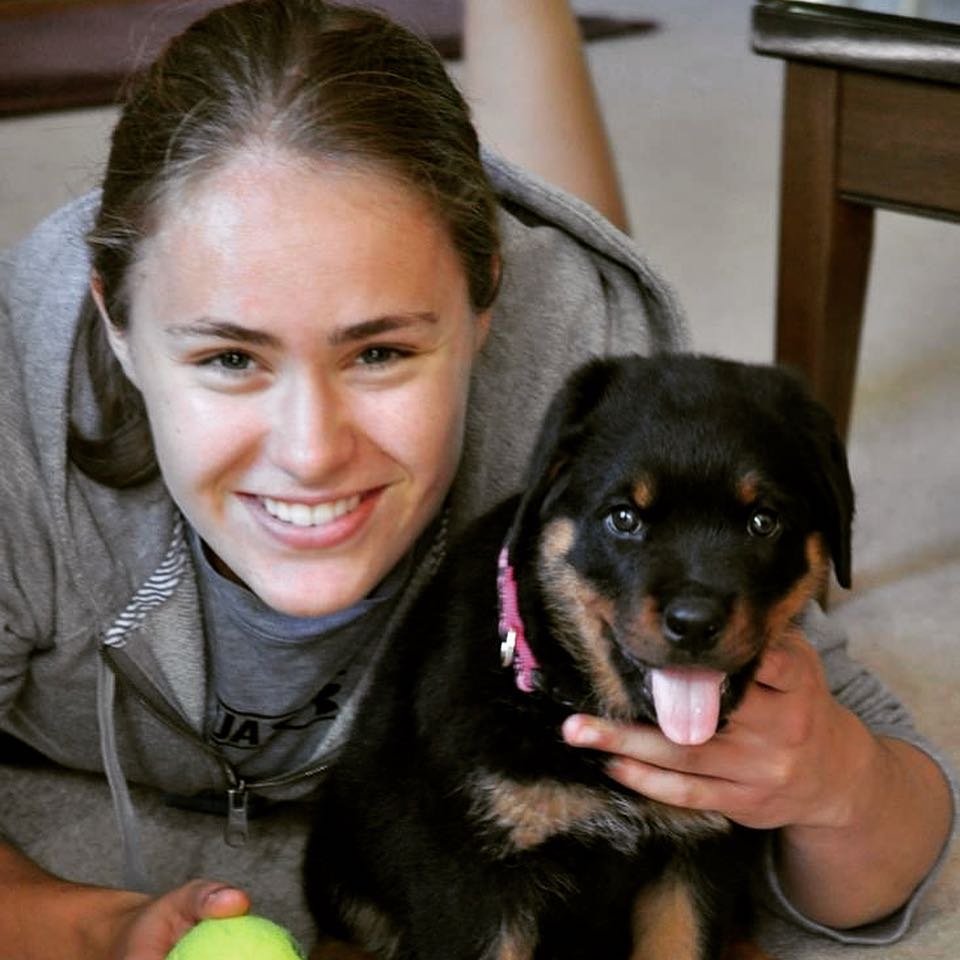 As of 2019, Alex plays as a forward for the Kunlun Red Star in the Canadian Women's Hockey League. Previously, she has played for the teams such as Boston Pride, New York Riveters, and Boston College.

In her entire career, Alex played along with some of the famous star players such as Molly Schaus, Caitlin Cahow, Erika Lawler, Karen Thatcher, and many more.