Cherie Piper is a Canadian retired ice hockey player who played for the Brampton Thunder of the Canadian Women's Hockey League (CWHL) as well as a member of the Canadian national women's hockey team. She has won 3X Olympic gold medals with her national side in 2002, 2006, and 2010 and one world championship title in 2004.

Scarborough, Ontario native, Cherie Piper, was born on June 29, 1981, under the star sign Cancer. She holds Canadian nationality and belongs to the white ethnic background.

Cherie Piper is yet to make her financial portfolio transparent to the public. However, she is believed to have an estimated net worth no less than the six-digit figure.

Besides, she has won sever other medals at various events, which have also added decent value to her bank account.

However, women’s sports don’t attract eyeballs or earn revenue in proportion to men’s sports. Having no health insurance and making as low as $2,000 players can't adequately train at the highest level.

Cherie Piper is married to his long-time boyfriend, Joe Butkevich. The couple tied the knot in an intimate ceremony at Memorial Gardens in Butkevich's hometown of North Bay, Ontario. 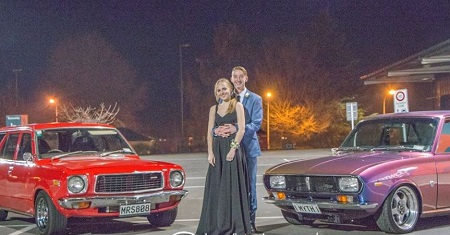 However, the duo has maintained their personal life low key; even they have not outed their wedding photographs.

Cherie was born as the third child to parents: Alan and Christine Piper. She grew up alongside his two older brothers, Michael and Stephen, and followed her brothers in taking up the sport.

After completion of her elementary school level education at Alexmuir Junior Public School, she enrolled at Henry Kelsey Senior Public School on Huntingwood and Brimley. Upon graduation, she joined Albert Campbell Collegiate Institute, where she majored in sociology at Dartmouth.

From 1999 to 2001, Piper competed for Canada's Under 22 team. Also, she was a member of the Under-22 team in 2002 when she was named to the Olympic team for 2002 Salt Lake City Games ahead of veteran Nancy Drolet as part of a move to shake up a Canadian team that had lost eight consecutive games to the United States.

Between 2002 and 2007, she played four seasons at Dartmouth College.

Furthermore, with the Canadian national team, she played at the 2004 Women's World Ice Hockey Championships, winning the gold medal. In 2006, she won a second Olympic gold medal. Later two years, she rejoined the team in time for the 2008 tournament, where she earned her second silver medal.

Though Piper was cut from the 2009 team, she gained a spot on the 2010 Olympic team, winning a third consecutive gold medal.