Apart from playing for several football clubs, he has represented Serbia and Switzerland in their youth sides.

Prijovic has been playing for Serbia senior national team since 2017.

Aleksandar Prijovic holds both Swiss and Serbian nationality and is of Serbian descent. He was born to Serbian parents on April 21, 1990, at Sankt Gallen, Switzerland.

Born and raised at Switzerland, he played at the youth rank of FC St. Gallen to embark on his football journey.

Aleksandar Prijovic’s  Net worth and Salary

His annual salary is around $150 thousand with a weekly salary of  $3 thousand. His market value is in the region of €4 million as of 2018.

Looking at his professional football career, his estimated net worth is in the range of $ 1.5 million.

The striker then signed a two-year contract with English football club, Derby  County in 2008 and was transferred to fellow English sides such as Yeovil Town and  Northampton Town in 2009.

He then signed with Swiss club, FC Sion on early February 2010, while playing for Sion, Prijovic was transferred to fellow Swiss team, Lausanne Sport and Norwegian football club, Tromso IL.

Prijovic signed a two and half year contract deal with Swedish football club, Djurgardens IF on 15 August 2013 and scored a hattrick on his debut for the Swedish team against IFK Norrkoping.

He signed a four contract deal with Polish professional football club, Legia Warsaw and helped the team to win the Polish Cup in 2015/16 by scoring the winning goal against Lech Poznan on May 2, 2016.

The Serbian international is currently playing for Greek Super League club, PAOK which he signed a four and a half year contract in 2017 worth €1.9 million added 10% of a future transfer fee and receiving €8,50,000 as an annual salary.

He made his debut and recorded his first goal for the Greek team against Panetolikos as well as playing a crucial hand  Panetolikos Greek Cup in 2016/17.

Aleksandar Prijovic has represented both Serbia and Switzerland in their youth sides and made his senior debut for Serbia against Wales. He scored his first international goal for Serbia against Georgia on 9 October 2017  during 2018 FIFA World Cup Qualifiers.

Prijovic along players like a midfielder, Adem Ljajic, and defender, Antonio Rukavina is expected to play for Serbia led by Aleksandar Kolarov at the 2018 FIFA World Cup.

Currently 27, Aleksandar Prijovic stands at a height of 6 feet and 3 inches tall and weighs around 88 kg. 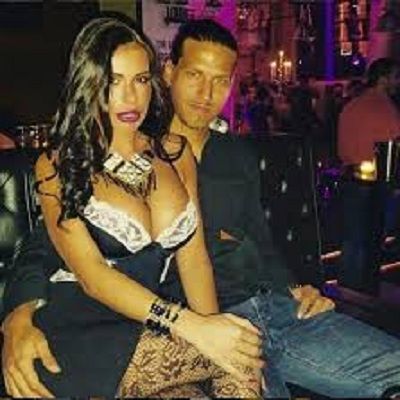 He is happily married to his wife, Marin Prijovic and according to the sources, he is very protective husband.