Gossip Nigerian Footballer Ahmed Musa got Married for the Second Time; Has Two Children with the First Wife Jamila Musa

Nigerian Footballer Ahmed Musa got Married for the Second Time; Has Two Children with the First Wife Jamila Musa

Ahmed Musa, currently playing for the Russian club CSKA Moscow, on loan from English team Leicester City, is the Nigeria Premier League Top Scorer for 2009–10 season. Besides, his career achievements, Musa made headlines for getting married to his second wife, after divorcing his wife Jamila Musa.

25-year-old Ahmed married his second wife Juliet Ejue, but unlike his previous relationship, the couple is yet to share children. Ahmed and his ex-wife Jamila share a son and a daughter. You, probably, are curious to know the reason for their divorce, and about Ahmed Musa's current relationship. Scroll down for more.

Currently, playing alongside the players like Victor Moses and Alex Iwobi, in the Nigerian National Team, Ahmed's love life took a somersault after he divorced his wife of 4 years, Jamila.

Though, the love approached Musa in a new form, as he married his second wife Juliet Ejue in April 2017.  The wedding and their dating details are undercover till date. 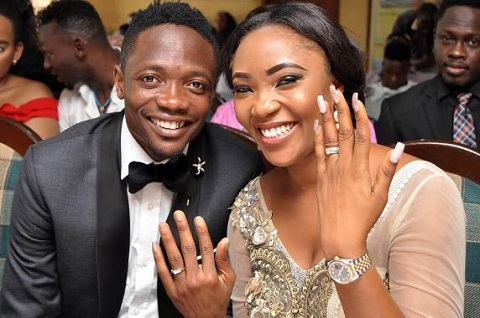 After his second marriage, Ahmed told Complete Sports that he was once again happy as a married man, as per his statement:

"Marriage is not new to me but I believe it was a right move to make when I did. The past remains in the past. I’m happy now and I think well and I can focus on my game which suffered a bit."

The couple since then can be seen sharing lovely moments together. Regarding their plans of having children, the couple has not commented a single word.

Best wishes and a lot of happiness, to this lovely couple.

Ahmed was previously married to Jamila Musa, after tying the knot in 2013. The low profiled former couple, got a blast of destruction in their relationship as they divorced after 4 years of their marriage in 2017. 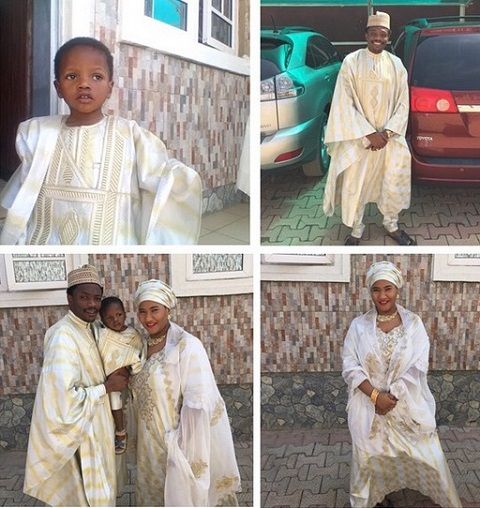 CAPTION: Ahmed Musa and his ex-wife Jamila with their children SOURCE: 36ng

The reason for their divorce is alleged to be the entry of Juliet in Musa's life. Since last year's beginning, the former couple making headlines with ups and downs in their relationship and eventually, they went on to knock the court's door.

Soon after the divorce, Musa got married again, while Jamila is reportedly back in Kano state with their 2 children. Neither of them has enlighted the issue of their children's custody.

Probably, everything happens for a reason, we wish them best in their life further.