Age 26, Brazilian Football Star Neymar Jr. Receives a Huge Salary Every Year, Has a Tremendous Net Worth; The Footballer Has a Son, His Girlfriend, and Dating Rumors

Along with a huge net worth of $90 million, he is living happily with his son, David Lucca da Silva Santos, and girlfriend, Bruna Marquezine.  Let's explore more on Neymar.

Neymar’s Salary and a Net worth

With his nine years of playing career, Neymar has accumulated enormous fame and the estimated net worth of $90 million as of 2018. He became the most expensive footballer after his $500 million worth 5-years deal with Paris Saint-German, which he had signed back in 2017.

Under his 5-year deal with PSG, Neymar earns €17.5 million annually as his salary.

From the age of seventeen, he has signed many sponsorship deals since his reputation started to grow.  In March 2011, he penned an eleven-year deal with Nike.

The same month, he was paid $2.4 million by Panasonic, to secure his service for two years. Also, he has an endorsement deal with Gillette, Volkswagen, Claro, and Santander.

On 8th May 2013, SportsPro magazine rated Neymar as the most marketable athlete in the world, ahead of Lionel Messi and Cristiano Ronaldo. 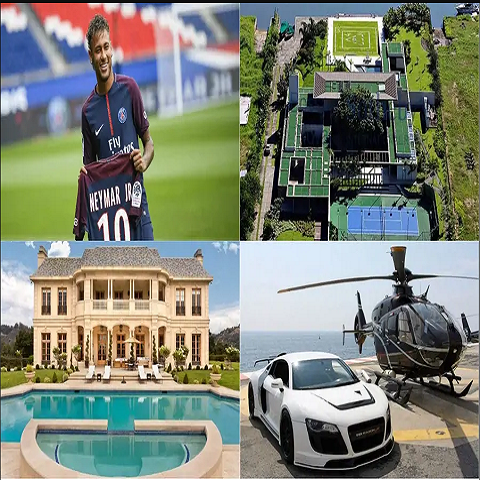 More, he has a helicopter which value is not yet revealed. After he signed to PSG, he purchased a lavish mansion in Sao Paulo which cost is €9.1 million. Not only this, he has a five-story house which covers 5000 sqm in the suburbs of Paris with such features as a sauna, Turkish bath, a garden as well as a large indoor pool.

Neymar’s son and his current girlfriend 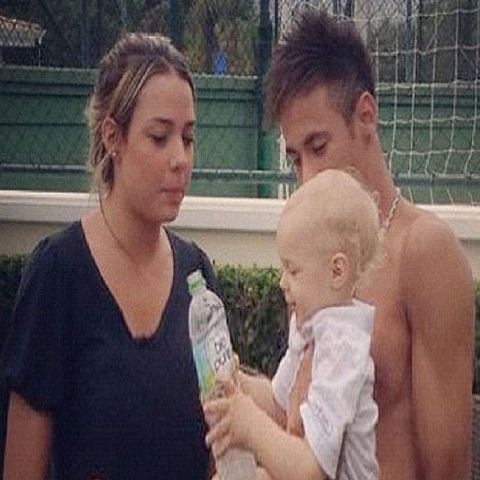 CAPTION: Neymar with his son and ex-girlfriend SOURCE: Google

Though at the first stage, Neymar has not disclosed about the mother of his son, later he decided to come clean about it and revealed the identity of his son’s mother as being none other than his ex-girlfriend Carolina Nogueira Dantas.

In a relationship with Bruna Marquezine

As of now, he is neither single nor married. Currently, he is romantically involved with Brazilian actress, Bruna Marquezine. The lovebird met each other at a 2012 Carnival and soon began dating. However, they separated in 2013 but were officially back together before the 2014 World Cup. After splitting up and reuniting again in 2016, the duo broke up again prior to Neymar left Barcelona.

But the power couple is back together and now living a blissful life without any news and rumor of conflict, extra-love-affair, and breaking up.

Moving into his past love affairs, Neymar has long dating list. The star has been involved with at least 18 ladies. The first woman on the long list is Rafaella Lancelot and his second girlfriend is none other than the mother of his son, Carolina Dantas.