Gossip American Footballer Odell Beckham Jr.'s Salary From his Profession and his Net Worth. Also know about his House, Cars and Endorsement deals

American Footballer Odell Beckham Jr.'s Salary From his Profession and his Net Worth. Also know about his House, Cars and Endorsement deals

The American born young man Odell Beckham Jr. plays as a wide receiver for New York Giants in the National Football League. He gained the significant attention from the public after his incredible catch on Sunday Night Football match against Dallas Cowboys. Having started his career in 2014 with Giants, Odell has been able to generate the net worth of $8 million till now.

Now let's have a close look at the American professional footballer's Odell Beckham Jr. net worth, salary, earnings, career, cars, and house. Stick with the topic.

The American professional footballers have an estimated net worth of $8 million with the annual average salary of $2.6 million according to his running contract. Since 2014 he has been a member of New York Giants and started his professional career with the initial base salary of $420,000.

With the contract running out this season, Odell is reported to be seeking for the contract with the average salary of $20 million which would make him one of the highest paid players in NFL alongside players like Kirk Cousins, Drew Brees etc.

Odell is an award-winning footballer and has been on the field for less than five years, and his list of honors and awards keeps getting longer. Odel plays for the New York Giants team and has worked with them since he started his professional football.

Odell has a most expensive endorsement deal in the NFL with Nike. As reported by Nice Kicks, his deal of $5 year will earn him the total amount of $29 million. The deal can be extended to other 8 years with $48 million additional paycheck.

In addition, he also makes more earnings from his other deals with Head and Shoulders, Foot Locker, Lenovo, Dunkin Donuts, EA Sports, and ROAR sports drink

Odell started his college career on September 3, 2011debuting against Oregon Ducks. Well, he did not join the school for the senior years instead, he entered in 2014 NFL draft. 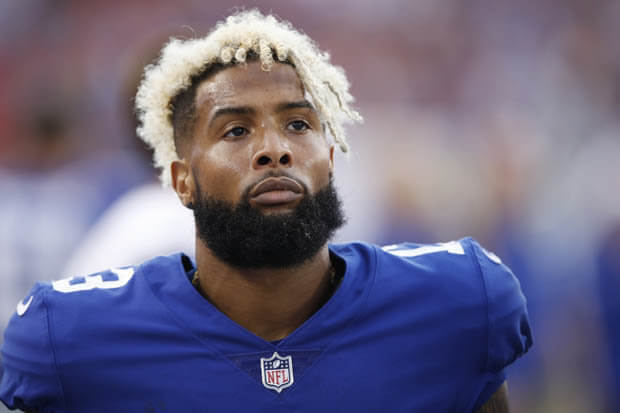 His professional career started with the New York Giants after signing his first contract with the club on 19, May 2014. Having a sustained hamstring injury, his debut in the team was after 4 matches on 5th of October.

His 4-year contract with Giants is likely to expire at the end of 2018. 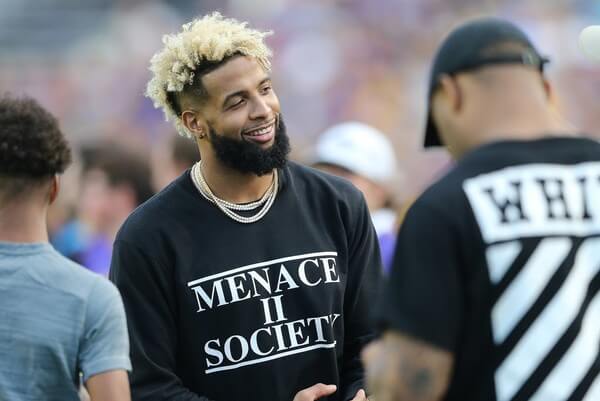 He was the NFL Offensive Rookie of the year and PEWA of All-Rookie Team in 2014 and was SEC Champion of 2011.