Adrienne Nicole Bosh is an American entrepreneur and philanthropist. Rather than her career her relationship with NBA star, Chris Bosh gave her celebrity recognization. The couple is married for over a decade now.

Here we have uncovered information about Chris Bosh's wife, Adrienne Bosh. Scroll Down!!

Vevay, Indiana native, Adrienne was born on 17th April 1985, under the star sign Aries. Her parents: Susan Chatham is English, Scottish, German, and her father, Rogelio Vargas is Venezuelan. She grew up alongside her three sisters: Anabel Vargas, Analia Vargas, and Rachel Chatham.

At the tender age of seven, she would enter and win her first beauty contest in 1992. She began modeling when she was 12.

She finished her high schooling at Switzerland County High School, graduating in 2003.
By her 17, she already moved to Los Angeles to pursue a career in acting and modeling.

Bosh has appeared in the movies like Three Barbeques (2002), Martin Luther King Day (2003), and How To Throw A Party (2006). Further, she has guest roles in various television shows. Bosh also appeared in numerous music videos, photoshoots, magazines, and advertisements.

Later, she began working as a club promoter, forming her own club promotion business "Diamonds & Dimes Entertainment" in Cincinnati, Ohio. Further, she launched a Girly Home Decor and Gift boutique, Sparkle and Shine Darling in Miami, Florida which was shut down in 2018 after the Bosh family moved to Texas.

Adrienne Williams and Chris Bosh tied the knot in July 2011 in a lavish wedding ceremony at Fontainebleau Miami Beach, Florida. 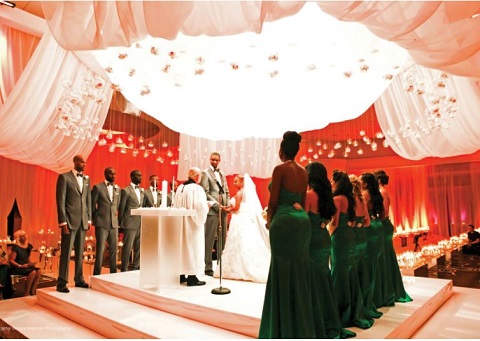 A guest told, “It was the Royal Wedding of Miami. Every detail … down to infusing different scents into every stage of production, from invitations to areas where the wedding festivities took place. There were eight essential oils and natural ingredients created for the couple and their guests. It was totally awesome.”

On her wedding day, Williams flaunted on a strapless Oscar de la Renta gown accentuated with a belt and a Chantilly Lace veil with crystal accents on silk tulle.

In 2012, Adrienne and her husband welcomed their first child, a son Jackson Anthony. The second child, Dylan Skye, was born the following year. In 2016, they had twins Phoenix Avery and Lennox Noel. Further, she is stepmother to daughter Trinity, from Chris' past relationship with Allison Mathis.

As of 2021, Adrienne Bosh's net worth is approximately $1 million.

Furthermore, she shares a lucrative net worth of $110 Million with her husband Chris Bosh. At the peak, Chris made an annual salary of $26 million. Not to mention, he built his net worth widely playing basketball with the Toronto Raptors and the Miami Heat of the National Basketball Association (NBA). He summoned over $240 million in NBA salary alone.