Adriana Monsalve is a super hot sportscaster as well as journalist currently working for Univision Deportes. In addition to her journalism career, Adriana was once a leading singer for the famous bands Chikas and Tartara.

The resident of Venezuela, Adriana Monsalve, reportedly earns around in the range of  $56,030-$61,470, as her yearly salary from the network. Further, she is married and shares a son and a daughter with her husband.

Adriana Monsalve Net worth and Salary

As of 2019, Monsalve's net worth is estimated no less than the six-digit figure.

The Venezuelan sportscaster/anchor Adriana Monsalve receives an annual salary of around $56,030-$61,470 from her successful reporting career with Univision Deportes.

Further, Univision Deportes reporter receives an added sum of money from her radio and TV guest appearances as a sports pundit too.

Monsalve is a married woman who prefers to keep her personal life close to her heart. Further, Adriana is a mother of two children: a son Matias and a daughter Miranda, born in 2009 and 2013 respectively.

Adriana prefers to spend quality time with her husband and two children and often goes for a vacation. Interestingly, she flaunts the pictures of her family trips and holidays in her social media account. 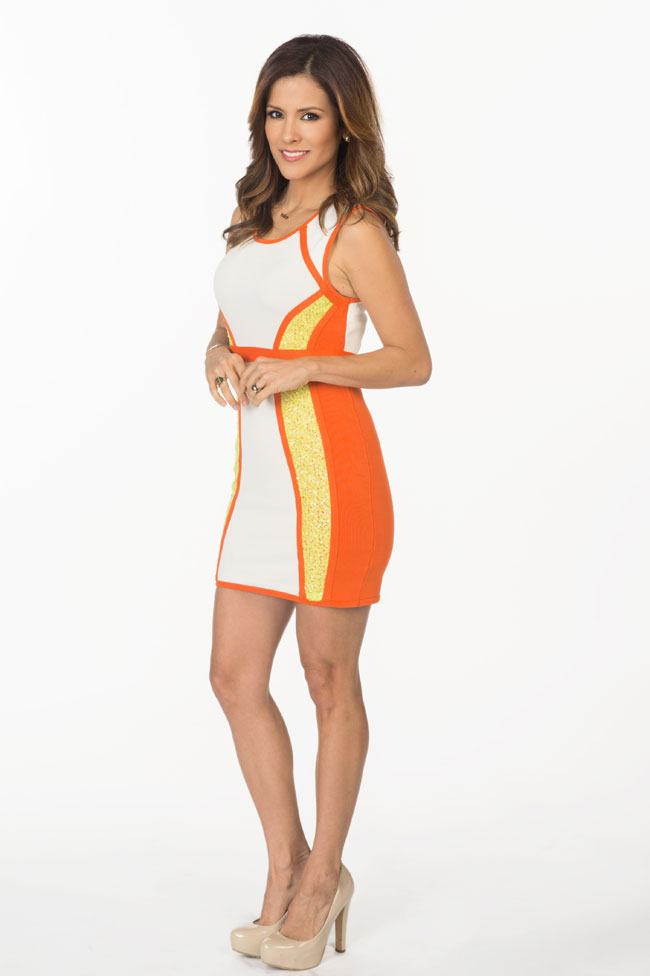 Further, 41 years old sexy reporter has perfectly built body with a height of 5 feet 4 inch and is pretty famous in social media with a huge number of followers.

Adriana Monsalve was born on July 27, 1977, in Caracas, Venezuela. She holds a Venezuelan nationality and belongs to a White ethnic group. In addition, the details about her family and siblings are not available yet. Further, her birth sign is Leo.

Talking about her education, she graduated with a bachelor's degree in communications and Advertising.

Monsalve began her career and became widely popular as a member of the Chikas and Tartara bands in Latin Fiesta and Venezuela. She became the host of the morning TV show  "Aló RCTV" in Caracas where she served more than a year.

She moved to the United States in 2002, where she took part in many commercials and stage productions such as " Esther" at the Tampa Bay Performing Arts Center.

In 2005, she joined Orlando's Telemundo, an American-Spanish terrestrial television network as a sports anchor. Later in 2007, she was hired by ESPN as a sports anchor for the show "Sports' Center" which was targeted for Spanish viewers in North America.

On 28 November 2014, she announced that she was leaving ESPN and eventually revealed that she joined Univision Deports.

In addition, she has interviewed various sports personalities like David Beckham, Julio César Chávez and many more.