As of 2019, Adrian Jarrell Clayborn has an estimated net worth of over $15 million equal to that of Todd Gurley. He reportedly signed a contract worth $10,000,000 with New England Patriots in 2018.

The highest-paid player of Patriots is Tom Brady who is earning an annual average salary of $15 million.

Estimated career earning of Adrian Clayborn is listed below in table:

Clayborn has earned $29,426,688 from his entire career in the NFL to date. His personal assets include home and cars, aside from his financial earnings. In addition, NFL Player Clayborn earns a lot of money from different sponsorships.

Adrian got married to his girlfriend Shannon Holst on June 17, 2017, in Chicago on Saturday afternoon. They both are lovers from the college days since both of them attended the University of Iowa. 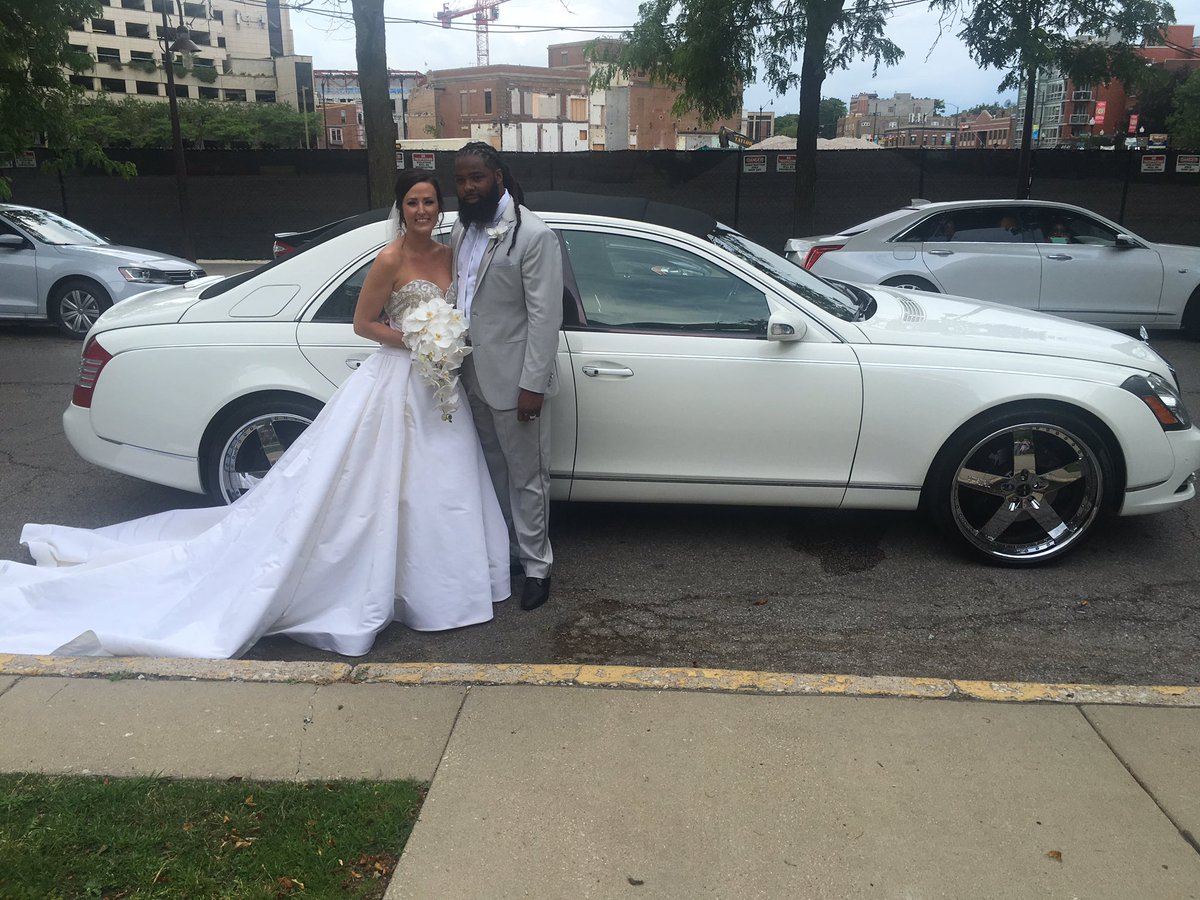 After dating for a while Adrian got engaged to his girlfriend Shannon on February 10, 2016.

Clayborn's wife Shannon is a dancer and an entrepreneur. Moreover, she is also the Artistic Director and Chief Executive of ASA Dance Academy.

So far there is no news of them having a child. Adrian is living a happy married life along with his wife/spouse Shannon since there are no rumors of their divorce.

Clayborn is quite famous in social media, besides being a famous NFL Defensive end. The famous NFL star has a height of 6 feet 3 inches and weighs about 127 kg. Adrian is not only an athlete of world-class, but he also has a very attractive personality.

Adrian Jarrell Clayborn was born on July 6, 1988, in St. Louis, Missouri to parents Richard and Tracie. As per his nationality, he is American and belongs to the Mixed ethnic group. During the time of birth, he was suffering from disease Erb's Palsy.

Clayborn's brother Anthony was shot dead in northern St. Louis when he was 10 years old.

Adrian Jarrell Clayborn attended Webster Groves High School where he played football and basketball.  Later, Clayborn enrolled at the University of Iowa and played for the Iowa Hawkeyes Football team.

Adrian was drafted in the 2011 NFL Draft by the Tampa Bay Buccaneers. After playing four seasons he signed a contract with Atlanta Falcons in 2015 and later re-signed a two-year contract in 2016.

When my wife takes a bite of my food pic.twitter.com/YPj8CoiDZ3

Currently, Adrian is playing with the New England Patriots since he signed a two-year contract on March 17, 2018. He is being coached by the head coach of Patriots Bill Belichick. Besides Clayborn, Chandler Jones is also another popular Defensive end player in the NFL.