Campina Grande native Aderbar Santos is a professional football player who plays as a goalkeeper for Campeonato Brasileiro Serie A club Flamengo. Santos has been goalkeeping for the Flamengo team since April 3, 2022.

For over a decade, Santos has been playing professionally, beginning his career with Porto-PE. Besides that, Santos is also a national goalkeeper who was named to the Brazil squad for the 2020 Summer Olympics. Being one of the most skilled shot-stoppers, Santos has also received some titles, including Campeonato Brasileiro Série A Team of the Year in 2019.

Aderbar Santos Is Married To His Wife – Their Kids

Starting with his love life, Santos is married to his girlfriend turned wife, Fran Santos. It is unknown when the twosome began dating but looking at their social media posts, Santos and his wife have been together for over a decade. 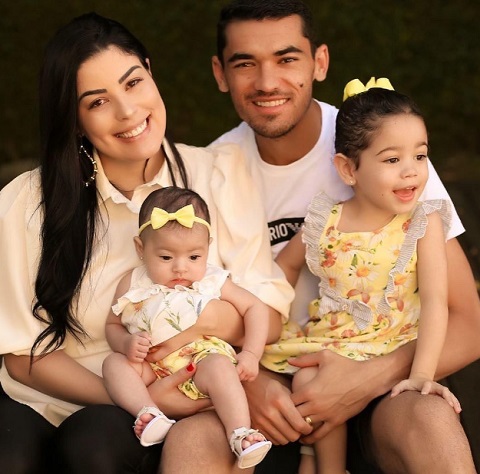 Aderbar Santos with his wife and their kids
SOURCE: Instagram @goleirosantosoficial

Likewise, the duo prefers to keep their love life far from the media, and they have not talked much about it openly. On May 14, 2017, Santos shared some images of his fiance on the occasion of mother's day. Furthermore, the Santos pair have already started a family of their own.

They are blessed with two children. The professional goalkeeper often posts images of his kids and wife on his Instagram handle, where we can follow him as @goleirosantosoficial.

Take a Look at His Salary & Net Worth

Being a goalkeeper, Santos may receive a salary of around 3,820 BRL per month, which is the average salary of a goalkeeper in Brazil. As we know, he is currently playing for Flamengo, with whom he has a massive deal worth €3.00m. Furthermore, his current market value is also €3.00m, while the highest value was €3.50m on September 10, 2021. Moreover, Santos has made many game appearances and has played an important role in helping his team win some of the games. His performances may have helped him receive some cash prizes too.

No doubt, Santos lives a lavish life having an impressive fortune. Meanwhile, his net worth may be in the six figures, but the actual amount of his net worth remains under review.

More on His Professional Career

In 2006, Santos joined Porto-PE and began his career. With them, he played until 2008 and moved to Athletico Paranaense. Until 2010, Santos played with Athletico Paranaense in their youth team. His senior career was with the same team. And Santos made his professional debut on November 17, 2012, while playing against Criciuma for the Serie B championship. 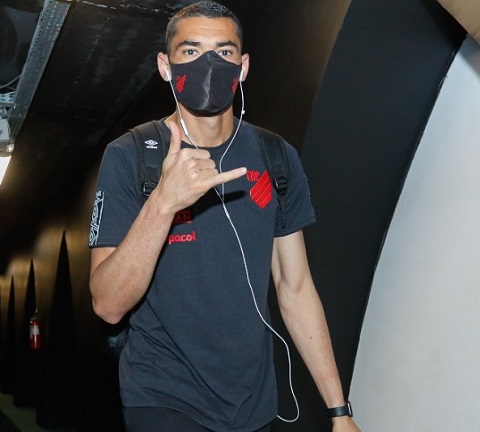 Playing with Athletico Paranaense, Santos appeared in 180 games. And on April 3, 2022, Santos signed a deal with Flamengo. Apart from that, Santos has also played for the national football team of Brazil. Not to mention, Santos was also named to the Brazil squad for the 2020 Summer Olympics.

Santos was born Aderbar Melo dos Santos Neto on March 17, 1990, to his parents. He is a native of Campina Grande, Brazil. So, Santos holds Brazilian nationality. At the moment, the information about his family remains unknown as Santos has not talked yet.

Talking about his physical appearance, Santos is a tall guy who stands at the height of 6 feet 2 inches (1.88 m).