Arthur Melo is a well-known football player from Brazil who plays for Serie A club Juventus and the Brazil national team. Melo's main position is a midfielder, and he wears jersey number 29. The young footballer is capable of playing in various positions. People love his agility, technical ability, dribbling and movement.

Melo has been playing for Juventus since 2020 and has given outstanding performances. His contribution has helped his squad to win various games. Not only that, but Melo has individually won different awards or titles, including the Campeonato Brasileiro Serie A Team of the Year in 2017 and Campeonato Brasileiro Serie A Best Newcomer in 2017. Melo was also nominated for the FIFA FIFPro World11 in 2019.

How Much Is Arthur Melo's Net Worth?

According to Sports Virsa, Melo's net worth is estimated to be around $7 million, thanks to his career as a professional footballer. While representing multiple teams, Melo has received an amazing deal that has helped him preserve a huge fortune.

When he moved from Gremio to Barcelona, Melo received an initial fee of €31 million plus €9 million in added variables. Likewise, Melo received €72 million, plus €10 million in variables, while coming into his current team, Juventus. 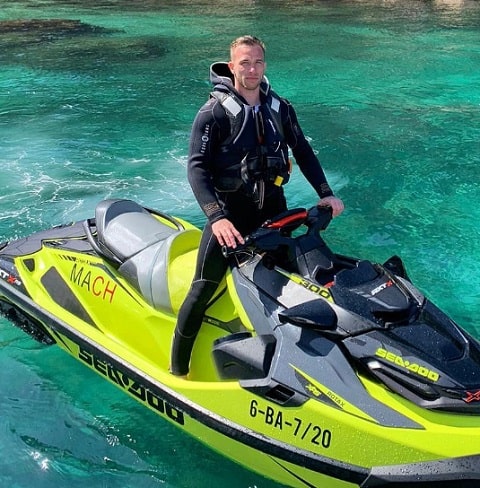 Also, Transfermrkt claims that Melo's market value is €18.00m, while his highest value was €70.00m on June 11, 2019. So, it is believed that Melo lives a lavish life as he has preserved a huge amount of money under his name. Being one of the most loved professional footballers, Melo has also received various chances to work with sports brands.

As per his IG bio, Melo is associated with Adidas Football and 00 NATION DNB. Besides that, Melo has also worked with other brands that have paid him well.

Relationship Status: Who Is His Girlfriend or Wife?

Coming into his love life, Melo appears to be in a relationship with his loving girlfriend, Carolina Miarelli. Melo and Miarelli have been dating each other for a long time, but it is unknown when they began dating. Melo and his partner often post pictures on their Instagram handle.

Looking at their posts, we can say that the pair loves visiting different places together and also feature their moments on Instagram. Furthermore, Miarelli is a supportive partner who has appeared in various games of Melo to support him. 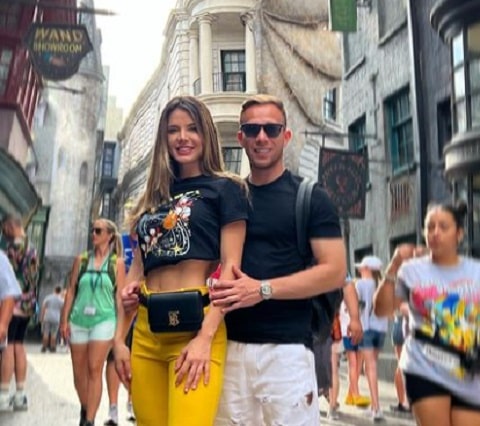 Talking about her professional life, Miarelli is a dentist and journalist. Also, she appears to be a social media influencer, gaining a massive fan following on her Instagram account.

Arthur Melo was born on August 12, 1996, in Goiania, Brazil. As of 2022, his age is 26. His full birth name is Arthur Henrique Ramos de Oliveira Melo. Melo was raised by his parents, Ailton de Melo (father) and Lucia de Melo (mother). 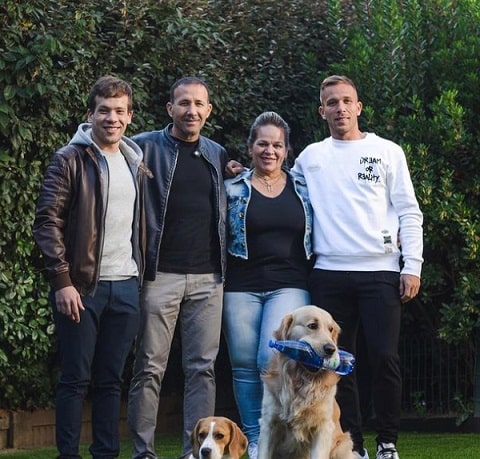 Melo was interested in becoming a football player from a young age, and his career began in his hometown club Goias. During that time, Melo was just 12 years old. And in 2010, he moved to Gremio. He gave an outstanding performance in the Copa Sao Paulo de Futebol Junior in January 2015. So, his performance helped him get promoted from Gremio's youth team.

Furthermore, Melo made his league debut in 2016, coming in the second half of a match against Botafogo. Likewise, Melo's Copa Libertadores debut was in the game against Club Guarani. Melo was named man-of-the-match after completing 40 passes. After that, Melo was doing great, and his performances grabbed the eyes of various famous clubs like Barcelona, Chelsea, and Atletico Madrid. Moreover, Melo scored his first professional goal in May 2017 while playing against Fluminense for the Copa do Brasil. In July of the same year, Melo scored his first league goal versus Vitoria. After that, Melo moved to Barcelona on March 11, 2018, which made headlines on the internet. And finally, on July 9, 2018, Melo signed a deal with Barcelona.

On July 28 of the same year, Melo made his debut for the Barca team and scored a goal while playing against Tottenham Hotspur. And on August 12, Melo made his competitive debut at the 2018 Supercopa de Espana, where his team won a match against Sevilla. With the team of Barcelona, Melo made 48 appearances and scored three goals. 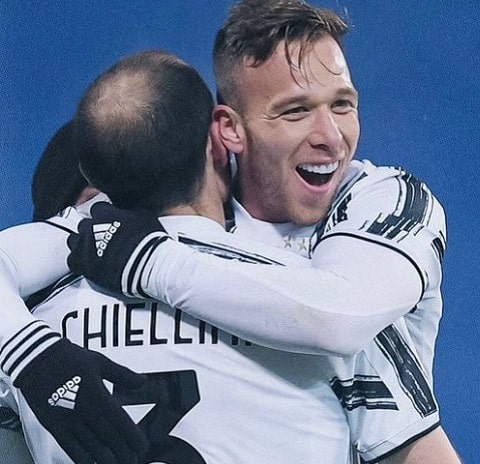 After playing for Barca, he was transferred to Juventus on June 29, 2020. On September 27, Melo made his Serie A debut against Roma. As mentioned above, Melo has also played for the national team. On September 7, 2018, Melo made his international debut against the United States. He also participated in the 2019 Copa America. On November 17, 2020, Melo scored his first international goal against Uruguay in a 2022 FIFA World Cup qualifier.

Arthur Melo uses Instagram, and he has been using it for a long time. Melo is registered on Instagram under the username @arthurhmelo. Besides, the footballer has amassed over 5.2 million followers. Also, Melo's account is verified.

Besides that, Melo has been using Twitter since September 2017, and his username is @arthurhromelo. Also, his Twitter account is verified. From these accounts, Melo updates his fans about his personal and professional life. 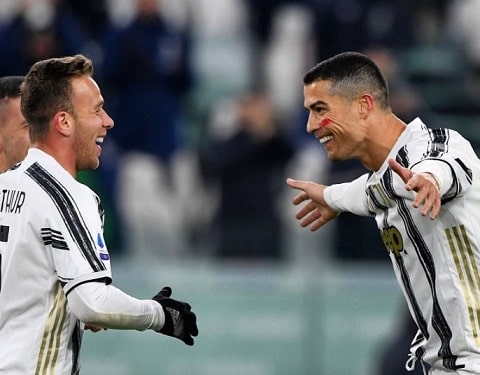 In addition, his girlfriend, Carolina, is also a verified Instagram user who can be found as @carolmiarelli.