Leo Ortiz is a well-known Brazilian football player who plays for Red Bull Bragantino. Ortiz plays as a center-back, and in his current team, Ortiz wears jersey number 3. Since May 14, 2019, Ortiz has been with the team, and his contract was last extended on March 23, 2022.

Furthermore, Ortiz is also a prominent national footballer who received his first call-up to the Brazil national team in June 2021. Besides, Ortiz has been playing football for many years and has also developed amazing skills that help his team to win some games too.

Since 2019, Ortiz has been representing the Red Bull Bragantino team. He joined the team in a fair deal, and Salary Sport reports that his salary is £7,000 weekly and £364,000 yearly. According to Transfermrkt, Ortiz's market value is €7.50m. Looking at his value graph, we can say that his income is taking a rise. 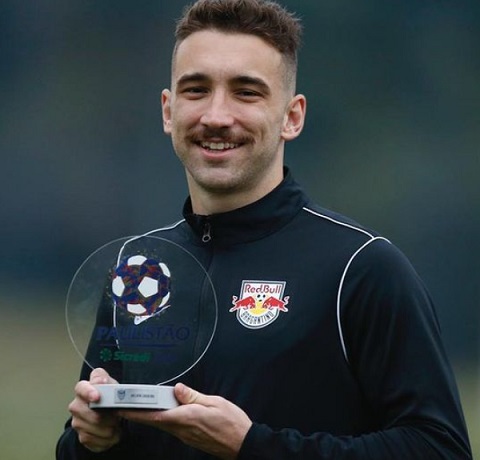 So, the footballer's net worth may be impressive, which is in the six figures. As per some online sources, Ortiz enjoys a net worth of around $1 million. Meanwhile, Ortiz not only makes money from his profession but also from brand endorsements.

Exploring his social media posts, we learned that Ortiz collaborates with Puma. Wearing outfits of Puma, Ortiz might be taking a fair profit.

Moving into his love life, Ortiz is currently in a relationship with his stunning girlfriend, Maite Lo Sardo. Going through their social media posts, we can say that Sardo and Ortiz have been dating for more than two years. The professional footballer began posting images with his girlfriend in 2021. The lovebirds enjoy going out together, and they have explored different locations too. Not only that, but they flaunt their life via their Instagram handle. Meanwhile, Sardo is a doctor by profession who uses Instagram as @_maitelosardo.

From her Instagram handle, Sardo shows off her lifestyle and keeps her well-wishers updated with her personal and professional life.

You May Read: Artur Guimaraes

Porto Alegre native Ortiz began his football career after joining Internacional, where he spent all of his youth careers. And his professional debut for the team came on September 2, 2015, while playing against Igrejinha. Representing Internacional at the senior level, Ortiz made 25 game appearances. Furthermore, Ortiz received his first call to the Brazilian national team in June 2021, but he is yet to make his debut for the national team. As we know, the national football team of Brazil has been selected for the FIFA World Cup 2022; Ortiz is also included in the team.

Talking about his family background, Leonardo Rech Ortiz was born to his beloved parents, Jucara Rech (mother) and Luis Fernando Ortiz (father), on January 3, 1996. Meanwhile, Ortiz is not only the child of his parents, as he was raised alongside his beloved sister named Fernanda Ortiz. 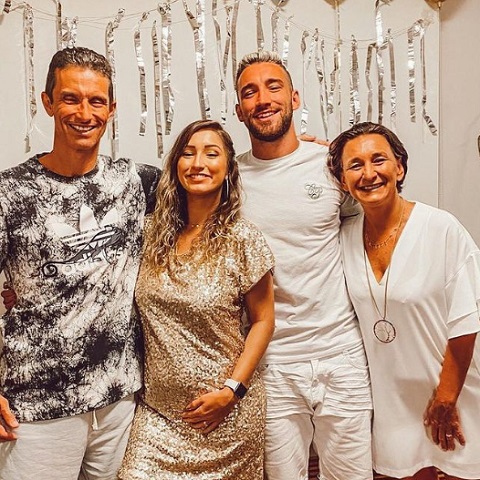 His sister serves as the career manager of Leo. So, it can be said that Fernanda is also engaged in the sports field.