Adam Page is a professional wrestler based in America who currently fights in the Alle Elite Wrestling (AEW). Adam has been signed to AEW in 2019 and before that, he was signed to Pro Wrestling Guerilla. He is the current AEW World Championship winner and he has also won AEW World Tag Team Championship along with Kenny Omega. Recently, in 2021, he won the Men's Casino Ladder Match.

Stephen Blake Woltz, famously known by the ring name Adam Page was born on July 27, 1991, in Halifax, Virginia, United States. According to astrologers, his star sign is Leo. He has never uttered a word about his parents and his life in the early days. 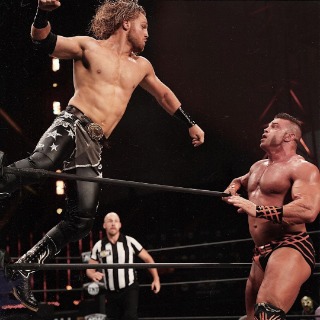 He does not come from a well-known family and has never revealed their information about his family background and early life. But he attended Halifax County High School. He graduated in communication in 2 years in 2009.

Read also:- Who is Satomura? (Bio and Family)

How tall is Adam Page?

He has a muscular body with long brown hair.

How much is Page's Net worth? (Salary and Earnings)

The 2021 Men's Casino Ladder Match winner Adam Page has an estimated net worth of $600,000. He accumulated most of his income from wrestling in different competitions. He also earns from the bonuses and incentives for winning the fights and has been very successful in his career. Given his experience and records in wrestling, he earns around $200,000 per year in AEW. But the salary of AEW wrestlers can earn from few thousand to millions.

According to the source, the highest-earning AEW fighter is Jon Moxley who earns around $6 million per year. Similarly, Chris Jericho and Cody Rhodes earn around $3 million.

He lives a moderate lifestyle with his family in America.

Adam Page aka Hangman is currently happily married to his wife, Amanda Woltz. The couple has been married for more than 1 year in the presence of their close friends and relatives. 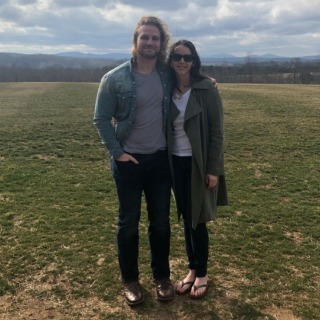 Read also:- Who is Dominik Dating? Know About His Girlfriend and Relationship Status

The couple announced that Amanda is pregnant and is expecting a son. But no recent update has been made.

Hangman's wife Amanda celebrates her birthday on June 18 of every year. On one of her birthdays, he wished his birthday saying,

"Happy birthday to my number one since day one. She is the love of my life, the mother of my sons, and the glue that holds my dumb ass together."