Austin Jenkins wrestles in NXT with the ring name Adam Cole. He is the first three-time Ring of Honour World Champion.

Adam was born on July 5, 1989, in Lancaster, Pennsylvania, United States. He currently lives in Coral Springs, Florida. Cole started his wrestling journey in Ring of Honours. He became the ROH World Champion three times- most for any wrestler. He also won the ROH: Survival of the Fittest Tournament. 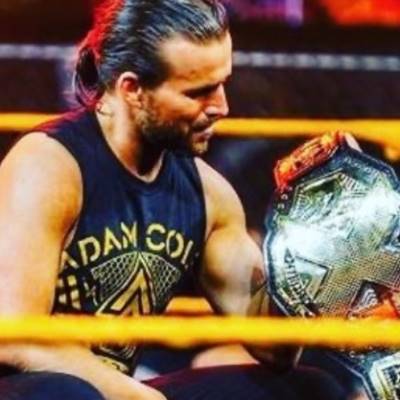 On June 1, 2021, Cole won the NXT Championship that took his reign as a champion to a massive 403 days. The NXT Triple Crown Champion is also the winner of Dusty Rhodes Tag Team Classics. 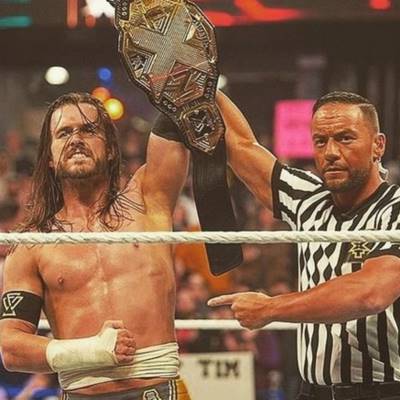 His last match was against Bronson Reed. He crushed Reed with the help of Kylie O' Reily. Cole attacked Reed's injured leg and counterattacked with the Panama Sunrise. Consequently, Adam pinned down Bronson and won.

Adam is a tall, handsome man. Most of the ladies who follow wrestling have a huge crush on this gentleman. However, Adam is already married to Britt Baker, who is a professional wrestler herself. She is AEW Women's World Champion. Adam and Britt married in March 2017. They look too cute together. Both are professional wrestlers. They quite bond with each other pretty well.

The romantic couple does not have children as of now. But, they are planning to have a baby soon. Adam and Britt are a perfect wrestling couple, just like Seth Rollins and Becky Lynch.

Adam is currently signed to WWE. He earns around $150,000-$200,000 from NXT. He is a world-traveled professional wrestler participating in international tournaments that earns him good money. Depending on the title matches and pay-per-views, the earnings fluctuate.

Finn Balor Vs. Adam Cole was one of the most anticipated matches in the NXT Main Event. Both of them made over $0.2 million from the single fight. The WWE star Cole is quite fond of playing video games. He streams in Twitch during his off time. Twitch has been one good revenue-generating way for the NXT Champion.

Not only but streaming video games, Cole has also started his own merchandise Bay Bay. The Bay Bay Merchandise is famous among all WWE Fans. The sick quality of merchandise and Adam's fan-following have made this venture successful. The net worth of Adam Cole is estimated to be around $3 million- $5  million,

Many people have doubt that Adam's father is Michael Cole, a talented WWE presenter. However, it is not true. Adam's real name is Austin Jenkins and Micahel Cole's real name is Sean Michael Coulthard.

Adam has said that Michael has always been like a protective guardian to him and he looks up to Mike.