The young midfielder has been part of various games, and he has also represented the Qatar national team in some events. Besides that, Al-Ahrak is an advanced playmaker whose preferred foot is right. As we know, he is currently associated with the team of Al-Duhail, where he wears jersey number 27. On 5th September 2017, he made his international debut for Qatar during a 2018 FIFA World Cup qualification match against China.

Talking about his family background, Al-Ahrak comes from a superior family, and he is pretty close to his parents. However, he prefers to keep his parents' details away from the limelight as he is highly aware of his privacy. So, there is not much information about Al-Ahrak's family members.

Everything On Al-Ahrak's Professional Career

Al-Ahrak was interested in playing football from a young age. So, Al-Ahrak aimed to pursue a career in it. The young boy is gradually getting success and is doing pretty well in his football career. To develop his skills, he went to Aspire Academy. So, like many other renowned Qatari footballers, Al-Ahrak is also a product of Aspire Academy. Abdullah Al-Ahrak with his teammates after winning the SOURCE: Instagram @al.ahrak

Likewise, Al-Ahrak has played for the national team, and with them, he participated in the AFC U19 Championship held in Myanmar in 2014. So, giving their best, the Qatar team won the title of the AFC U19 Championship 2014. Not to mention, his international debut for Qatar came on September 5, 2017, when he played against China in a 2018 FIFA World Cup qualification match.

The Al-Duhail midfielder makes a decent amount of money from his active involvement in football. For many years, he has been playing football professionally. So, there is no doubt that Al-Ahrak has taken home a fair sum of money and his bank balance is pretty impressive. 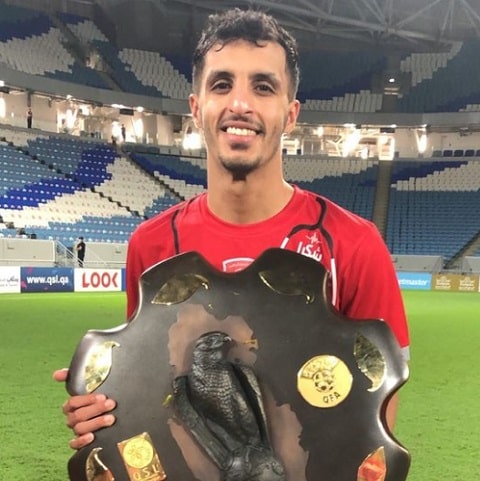 Not to mention, the average pay for a football player is around $60,000. So, Al-Ahrak may earn in the same range. Meanwhile, he is still working hard to get more success, and his income will surely arise in the future as Al-Ahrak's fame is growing gradually.

Currently, he is associated with Al-Duhail, from where Al-Ahrak must be receiving a decent salary. However, none of the officials have given a hint regarding his earnings from his current club. Apart from that, Al-Ahrak also plays for the Qatar national team and has represented them in some events. His performances may have helped him earn some cash prizes too.

According to Transfermrkt, Al-Ahrak's market value at the time of this writing is €500Th. Furthermore, Al-Ahrak is represented by the World Sports business. Being a footballer, he may have collaborated with some renowned sports wears, and by promoting those brands, he will surely earn a fair profit. 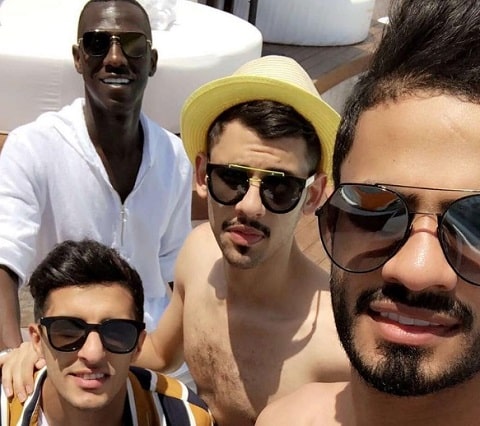 As per the Influencer Marketing Hub, Al-Ahrak has the potential to earn $80.25 - $133.75 from a single post on Instagram, where he has gained over 7k followers as of mid-2022. Al-Ahrak often flaunts his lifestyle via his Instagram handle, from where we can say that he lives a lavish life like many other Qatari footballers, including Meshaal Issa Barsham, Mohammed Muntari, Abdelkarim Hassan, and Karim Boudiaf.

Love Life: Is Al-Ahrak Dating Someone?

The professional midfield, Al-Ahrak, appears to be a single man. He has kept his lips sealed and has not talked anything about his love life in the media. So, it is clear that Al-Ahrak is also a private person and prefers keeping his details away from the tabloids for privacy reasons.

In the same way, there are no details of him being involved in romantic affairs in the past. So, Al-Ahrak is highly focused on his career. Exploring his social media posts, it can be said that, Al-Ahrak is a fun-loving person, and he often shares images with his friends going to various places. 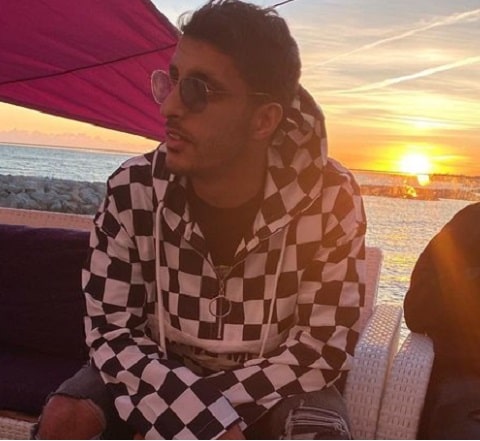 Some Facts About Abdullah Al-Ahrak