Mohammed Muntari is a Ghanian-born Qatari football player who plays as a striker. Currently, the professional footballer plays for a club named Al-Duhail. He has played in the vast majority of Stars League games in 2020/2021. He made 20 appearances overall and played 741 minutes. Being a professional football player, Muntari has helped his team to win various championships.

Mohammed Muntari has participated in numerous games and has given an outstanding performance. So, his playing skills have helped his team to win the QSL Cup (2012-13), Emir Cup, and Sheikh Jassem Cup. Furthermore, he was interested in pursuing a career in football from an early age. At his current club Al-Duhail, Muntari wears Jersey number 25. Apart from that, Muntari has also played for other clubs, including El Jaish, Lekhwiya, and Al Ahli.

Insights On His Parents and Nationality

Mohammed Muntari was born on December 20, 1993, in Kumasi, Ghana. His parents raised him in Kumasi. He moved to the Arabian country in the year 2012, and during that time, he was just 19 years old. As he came into Qatar, Muntari naturalized to represent the Qatari national team four years later. 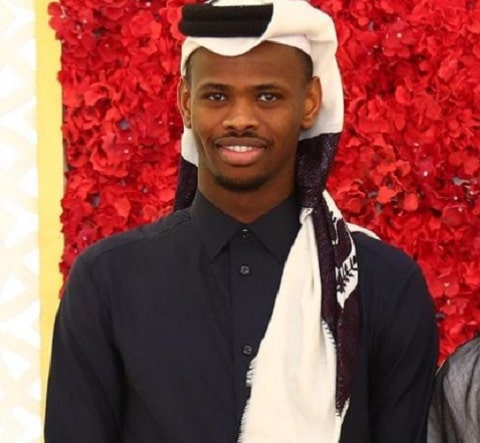 So, he holds Qatari nationality. In an interview, Muntari admitted that he didn't have any intention of earning money after coming to the Qatar team. So, it can be said that it was never financial for him to represent the national team of Qatar.

Everything On Muntari's Football Career

As mentioned earlier, Muntari was interested in playing football from a young age, and he aimed to pursue a career in it. His career began in the Golden Lions Soccer Academy, which is owned by former Ghanaian international Nii Lamptey. In the year 2012, he came into the team of El Jaish.

Apart from that, Muntari got more into media prominence when he signed a contract with Lekhwiya. The deal was signed in July 2015, and it was for five years. And now, he is playing for the Al-Duhail. He has played in various games for Al-Duhail. For your information, Muntari appeared in a match against Al Khor, which ended in a draw of 1-1. 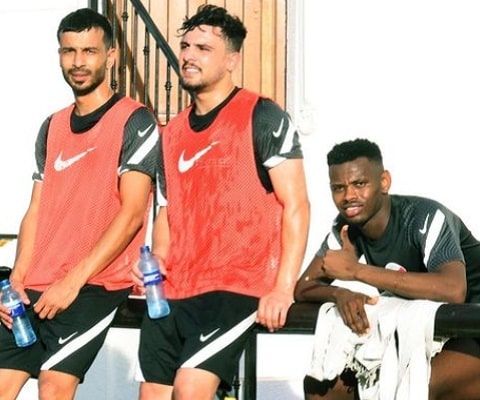 In total, Muntari has netted five Stars League goals this term and registered one assist at the time of this writing. Before coming into the team of Al-Duhail in February 2019, he made eight league appearances in total at Al Ahli. During his time at Al Ahil, he scored three goals.

Likewise, he played against Bhutan in the year 2015 at Jassim Bin Hamad Stadium, Doha, Qatar and Changlimithang Stadium, Thimphu, Bhutan. So, he scored a total of 23 goals. In the same year, he appeared in the match versus Singapore and scored two goals. It was for the 2018 FIFA World Cup qualification. Similarly, Muntari has appeared in a friendly game against various nations, including Iceland, Luxembourg, and the Republic of Ireland. Not to mention, Muntari made his appearance in the 2021 CONCACAF Gold Cup against Grenada. Back in 2021, he played against Algeria at the 2021 FIFA Arab Cup and scored one goal. Moreover, Muntari is expected to be enclosed in Qatar's squad for the 2022 FIFA World Cup.

Muntari's Salary and Net Worth Explored

The Qatari professional footballer makes a decent amount of money from his profession. It's been a long time since Muntari's active involvement as a football player. As mentioned earlier, Muntari has played for multiple clubs, which must have boosted his income. And now, he is associated with Al-Duhail.

So, from his current team, Muntari surely receives a fair sum. Not to mention, a footballer's salary depends on many factors. According to a source, an average salary of a football player is around $60,000. So, we can say that Muntari may take home in the same range as he also plays for the Qatar national team.

Considering this fact, it can be speculated that Muntari's net worth is in six figures. No doubt, the professional striker lives a lavish life with his high income. He often flaunts his lifestyle via his Instagram handle. His IG posts show that Muntari is a car lover, and he has a mind-blowing car collection. CAPTION: Mohammed Muntari in one of his cars SOURCE: Instagram @mmuntari_

Some of his car collections include Mercedes-Benz G-Klasse, Audi Q8, Mahindra Thar, and Maserati GranCabrio. Apart from that, Muntari once shared an image in front of a private plane. So, it seems like he is also the owner of a private jet.

You May Read: Christian Atsu

Does Mohammed Muntari Have A Girlfriend?

Moving into his personal life, Muntari seems to be leading a single life. None of his recent social media posts hints about Muntari being involved in romantic affairs. Exploring his Instagram post, we can say that Muntari is a family and friendly person who loves spending time with his friends during his spare time.

Apart from that, the professional footballer mainly prefers keeping his personal details away from the media. So, till now, Muntari has not talked much about his love affairs too. Moreover, Muntari is entirely focused on his career rather than getting involved in serious relationships.

Meanwhile, Muntari may give some updates in the future as his fans are always eager to know about it. So, we can follow him on Instagram, where Muntari is registered as @mmuntari_.

Follow PlayersWiki To Learn More Bios, Gossips, And Other News Of Your Favourite Players!!!