Doha native Meshaal Barsham is a professional football player signed to Al Sadd. Besides that, he is also associated with the Qatar national football team. The Qatari footballer's position is a goalkeeper, and he has been a part of numerous games and has helped his squad to win several titles too.

The professional goalkeeper has also won some titles or honors for his outstanding performances. It can be said that he comes from an athletic background as Barsham is also known as the brother of Mutaz Essa Barshim. Mutaz is a well-known Qatari track and field athlete who competes in the high jump. He is also an Olympic gold high jump medalist.

Meshaal Barsham was born as Meshaal Issa Barsham in a superior family in 1998. He was born on the day of Valentine's Day, i.e., February 14. Barsham was raised by his parents in Doha, Qatar. So, he holds Qatari nationality, and at the time of this writing, Barsham stands at the height of 5 feet 10 inches.

Apart from that, Barsham is a family person, but when it comes to his personal life, he mainly prefers keeping it away from media sources. So, due to his low-key nature, none of the media outlets have been able to mention the details about his father and mother.

Mutaz Essa Barshim is the brother of Meshaal. Meanwhile, Mutaz is not only his sibling as he has five brothers and a sister. As mentioned earlier, Mutaz is a Qatari track and field athlete who is the current Olympic Champion (2020). He made headlines all over the internet when he won gold at the 2017 World Championships in London. 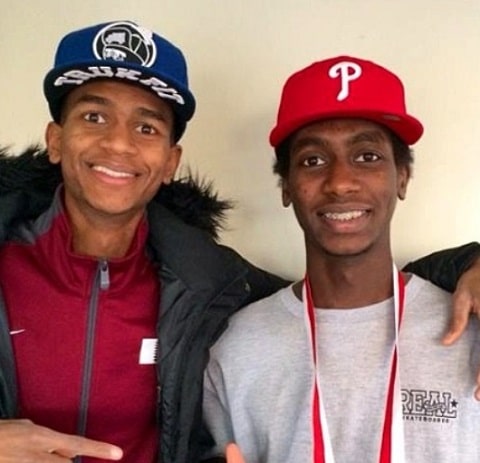 Also, Mutaz took home gold at the 2019 World Championships in Doha. Apart from that, his other brother named, Muamer Aissa Barsham, is also an athlete who specializes in the high jump. His first major senior medal came at the 2014 Asian Games.

Furthermore, all of them come from a family of Sudanese descent. For your information, their father was also a track and field athlete. So, it can be said that all of the kids got inspired by their dad to get involved in sports. Also, there is huge support from their father for the success received by the Barsham siblings.

The professional goalkeeper was interested in pursuing a career in this field from a young age. So, he is now able to establish a name for himself. All of this came from his hard work and dedication. Talking about his career, his professional career began with the team of Al Sadd.

His first match appearance for the Sadd team came on August 27, 2018, when Barsham played against Esteghlal in the 2018 AFC Champions League quarter-finals. Barsham also gave an amazing performance in the respective match, and Al Sadd won the game by 3-1. Besides that, he has also been a part of various games. Not to mention, he has also played in the Stars League matches in 2020/2021. During that time, Barsham appeared in 18 games and earned 1,620 minutes of playing time. Likewise, Barsham came into the game against Al Rayyan, and his team won the match by 2-1.

Love Life: Does Barsham Have A Girlfriend?

The Al Sadd goalkeeper is currently single and does not have a girlfriend or a wife. As said earlier, Barsham is also a private person who prefers keeping his personal details away from the limelight. So, his low-key nature made it more challenging to know about his love affair.

Apart from that, Barsham has been using Instagram for a long time, and he regularly shares details of his ongoing life. However, he has not shared a single post regarding his love life. So, it can be said that Barsham is focused entirely on his career rather than getting involved in romantic affairs. 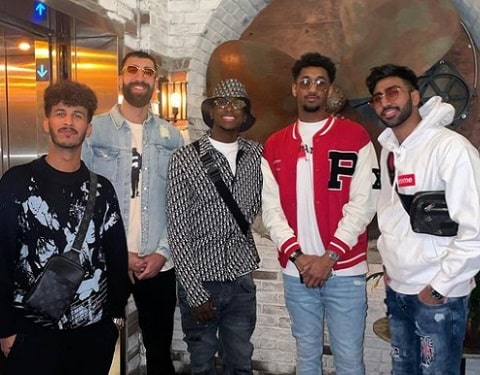 Meshaal Barsham having a good time with his friends SOURCE: Instagram @barsham01

Not to mention, the professional goalkeeper may give some hints about his girlfriend or wife in the future via his Instagram handle, where we can follow him under the username @barsham01. His IG account is already verified, and he has gained massive followers.

Being a professional goalkeeper, Barsham surely takes home a fair sum of money. For a long time, he has been playing for Al Sadd. So, it can be said that Barsham may be receiving a decent salary from his current club. Meanwhile, a goalkeeper has an average salary of around $51,479.

So, Barsham may earn above the average wage as he also plays for the national team of Qatar. Also, he has been a part of numerous matches and has also helped his squad to win some of them. And his performance has undoubtedly given him some good cash prizes. 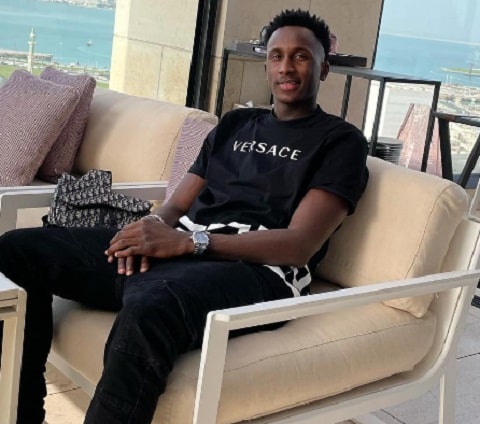 Considering this fact, we can say that, Barsham's net worth is in six figures, but due to the lack of proper information, we are unable to mention the actual figure. Besides that, Barsham may earn from endorsement deals, too, as he works with Addidas.

At the time of this writing, Barsham has accumulated more than 22k followers, and the Influencer Marketing Hub reports his estimated earnings from a single post around $140.25 - $233.75. Moreover, Barsham lives a lavish life, and he flaunts it via his Instagram account.