Qatari footballer Abdelkarim Hassan plays as a left-back for Al Sadd and the Qatar national team. Playing for his current team, Hassan has appeared in various games that have also helped him win some honors for his outstanding performances. For your information, he is also the winner of the Asian Footballer of the Year award in 2018.

Abdelkarim Hassan is a well-known Qatari football player who wears jersey number 3. The 28-years-old footballer was interested in sports from a young age, and he aimed to pursue a career in it. After graduating, he began getting involved in football actively. For your information, he is a 2011 Aspire Academy graduate. Apart from his contribution to his club, he has also participated in various international games and helped the Qatar team to win some titles too.

Abdelkarim Hassan was born on August 28, 1993, in Doha, Qatar making his age 28 years now. He holds Qatari nationality. He peaks at the height of 6 feet 1 inch (1.86 m). Hassan has an amazing body and great stamina that helps him give an amazing performance in the field.

Apart from that, Hassan shares a strong bond with his family and most of his fans are eager to know more about them. However, the footballer has kept the details about his family members away from the limelight. Due to his low-key nature, none of the media sources have been able to mention his parents' names too.

As mentioned earlier, Hassan is a 2018 Aspire Academy graduate. Just at the age of 17, he participated in the 2011 AFC Champions League and became the youngest player. Not to mention, he came to play in the match against Esteghlal. Furthermore, his squad subsequently appeared champions of the Champions League that year. 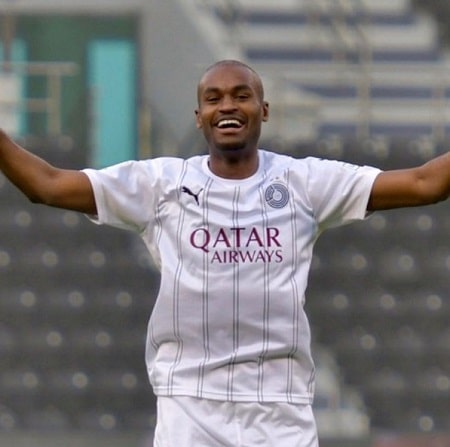 Likewise, Hassan was awarded Young Player of the Year in the 2012–13 Qatar Stars League. In June 2017, it was announced that Al Sadd had loaned Hassan to Belgian First Division A side Eupen. He also participated in the 2019 FIFA Club World Cup and played against Hienghène Sport. He also scored in the match against C.F. Monterrey, and he finished in 5th place.

Apart from his career at the club, Hassan has also been part of multiple games representing the Qatar team. In his early career, Hassan played a match against UAE U20 in the 10th International Friendship Youth Tournament, and he also scored a goal. A friendly match was held on June 17, 2012, between Qatar and Malaysia in which Hassan sparked a mass melee between the two sides after a two-footed lunge on Mohd Azrif in the 43rd minute of the game. So, he was shown a red card for his challenge.

Later, a Malaysian player named Nazmi Faiz ran half the length of the pitch to face him and punched him. Being 5 inches shorter than Hassan, Faiz's punch turned into nothing more than a push on his chest. So, Faiz was also shown a red card. Meanwhile, Qatar lost the match by 2-0. On the other hand, Hassan scored a goal in Qatar's opening match against the Maldives in the qualifying stage for the 2014 AFC U-22 Asian Cup.

On November 18, 2010, Hassan debuted for the Qatar senior national team in a match against Haiti. Hassan was the youngest player to appear on the preliminary squad list for the 2011 Asian Cup. During that time, he was just 17 years and 123 days old. Furthermore, Hassan scored Qatar's only goal against Malaysia in the 2015 AFC Asian Cup qualifiers to secure Qatar a berth in the Asian Cup. 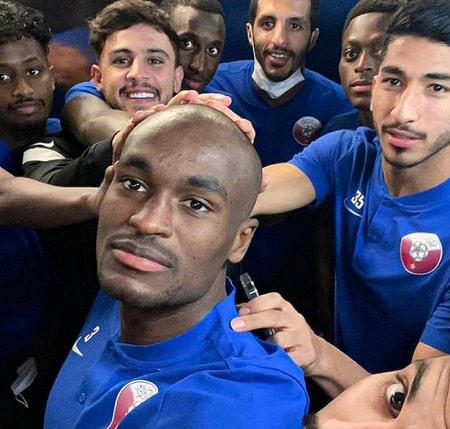 In the qualifiers, he was also a part of the match against Yemen, in which he scored a goal leading his team to win by 4-1. However, his team lost all their group stage games in the 2015 AFC Asian Cup. Despite that, Hassan was extolled as one of the stars of the contest as he had given a mind-blowing performance.

From December 2017 to January 2018, he was named part of Qatar's squad for the 23rd Arabian Gulf Cup held in Kuwait. Besides that, he was also part of Qatar's squad at the 2019 AFC Asian Cup. So, Hassan helped them to win their first continental title. On March 30, 2021, Hassan played his 100th match for Qatar against the Republic of Ireland, which was concluded 1-1.

Hassan's Salary and Net Worth In 2022

Hassan has amassed a decent amount of money from his profession, which must have helped him live a quality life. According to Transfer Market, his current market value is €775Th. And back in 2019, his market value was €1.00m.

Currently, he is playing for the team of Al Sadd, from where he must be receiving a fair salary. However, the club has not given much information about his earnings. So, we are unable to mention the actual amount. As we know, he has participated in various games and has also won some awards. 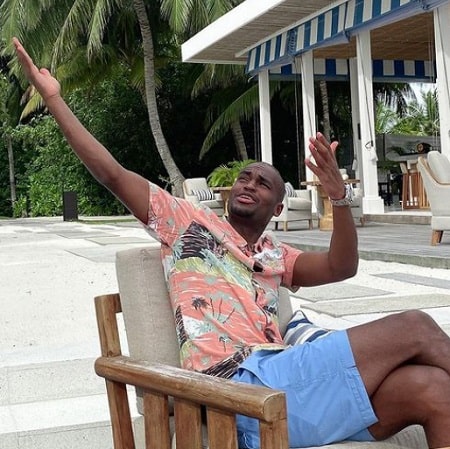 So, his performance has also helped him receive some cash prizes. Apart from that, Hassan may take home a good profit from sponsorship and endorsement deals. According to his I.G. bio, he is currently associated with Nike. So, working together with Nike, Hassan might receive some profit.

Relationship Status: Is He Married? Who Is His Wife?

Exploring his social media posts, we can say that Hassan is a married man and he has a baby girl. Back in May 2022, Hassan made a post on Instagram carrying a newly born child.  However, he is very private, and he mainly prefers to keep his partner and child's details away from media sources.

Due to his private nature, none of the media outlets have covered the details regarding his marriage. So, we are also unaware of his wife or girlfriend. Likewise, Hassan has never been involved in rumors of being involved in romantic affairs. 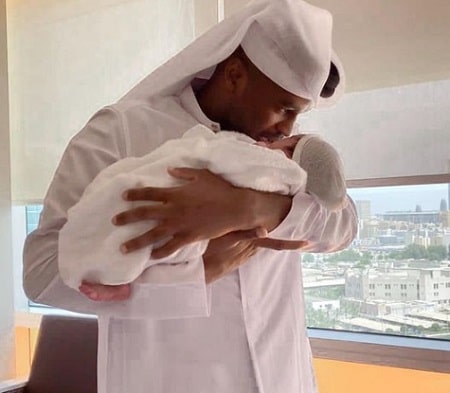 However, we can follow him on Instagram, where he is verified as @abdulkarimhassan, gaining over 122k followers. From his account, Hassan may give some updates in the future.