Phil Kessel, a Canadian ice hockey offensive freak currently plays for the Pittsburgh Penguins in NHL alongside players like Sidney Crosby, Evgeni Malkin, and Kris Letang. The 30-year-old hockey right winger famed for his contribution to led Penguins to 2016 Stanley Cup final, is also in the limelight for his relationship issues.

Currently, Kessel is reported to be dating an Instagram celebrity, Sandra Pereira. So, fans are curious to know if Kessel is married to his girlfriend Sandra? Let's know all about the couple's relationship, their datings, and affairs.

It seems Kessel turns out really opposite of his gameplay form when it comes to commenting on his love life. Though Phil Kessel has not made the limelight publicizing his relationship, the intimate love of Kessel and Pereira popped out after Sandra started sharing their romantic post together.

As reported, the couple is dating since 2015, however, has kept the detail of relationship beginning really low. Sandra loves to share photos with her hockey player boyfriend and her dog Coco. 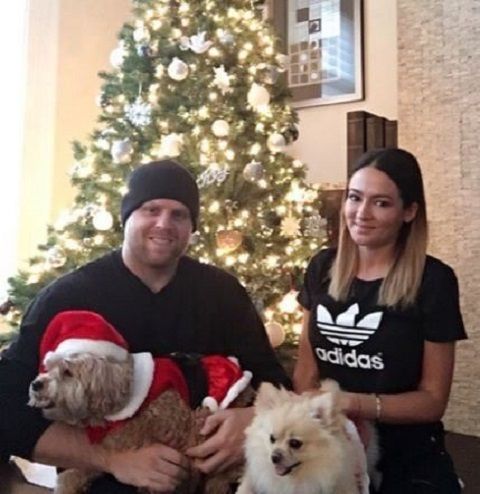 Well, Sandra Pereira is reported to be a Canadian Instagram celebrity and a food enthusiast. Not much information of Pereira's family background is out yet.

It is revealed that Sandra in love with Kessel also shares similar interest with him like hockey, fishing, and boating. Back in May 2015, Kessel shared an Instagram post of the fishing moment with Sandra and his friends.

And talking about marriage, Phil Kessel and Sandra Pereira are not married yet and even more, they have not hinted on their marriage plans anytime soon.

Seems like the fans will have to wait for the happy news. We wish them best for further.

Past Affairs and Relationship

Getting to the main point, neither of the couples is reported to have any kinds of past relationships. Probably, they have mastered to keep their affairs a secret or maybe they were not indulged in any relationships in the past.

And it's even more surprising that nor Kessel or Pereira is linked with any name, literally, free from the rumored relationship.

Surely, Kessel's family in athletism background has led him to become one of the biggest hockey stars in Canada. Phil Kessel's father Phil Kessel Sr. was a college quarterback at Northern Michigan University, drafted by the Washington Redskins of NFL, though was released subsequently after the injury.

His brother Blake Kessel, the 2007 NHL Draft pick of New York Islanders, currently plays as a defenseman for HC Kosice in the Tipsport Liga.

While their sister Amanda Kessel also plays hockey, currently with the National Women's Hockey League as well as with the United States with whom she accumulated gold medal during the Pyeongchang 2018 Winter Olympics.

Phil Kessel on his sister Amanda playing in the @NWHL All-Star game: "Come out and support her."