Zachary Bichotte Paul Brault-Guillard, simply known as Zachary Brault-Guillard, is Haiti born  Canadian professional soccer player. He is currently signed as a left-back to the Major League Soccer side CF Montreal. At the international level, he has been capped 5 times with a goal from Canada national team.

Delmas, Haiti native Zachary Brault-Guillard was born on 30th December 1998, under the star sign Capricorn. He was adopted by a Quebecois and French couple and raised in Montreal. He holds Canadian nationality and is of Afro ethnic background. He stands     1.71 m (5 ft 7 in) tall.

How Much Is Zachary Brault-Guillard's Net Worth In 2022?

Zachary Brault-Guillard has a base salary of $72,000 at the CF Montreal in Major League Soccer. Besides, he also represents the Canadian national team for which he earns decent compensation. 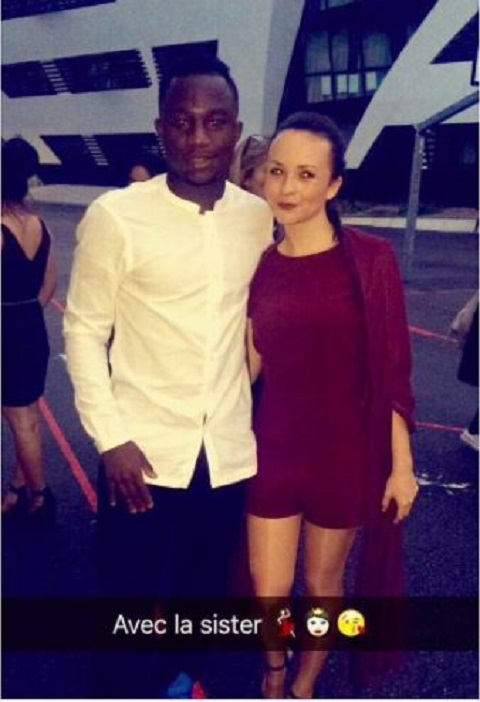 On 9th June 2016, he posted a picture with a girl named Elisa. Noting lovey-dovey, he clearly mentioned her as his sister.

Brault-Guillard spent time with Lagnieu and Ain Sud before joining the Olympique Lyonnais academy with the under-13 team in 2011.

In 2016, Brault-Guillard was promoted to the Lyon II and the first-team later two years.

In Feburary 2019, Lyon sent Brault-Guillard on loan to the Montreal Impact. On 2nd March 2019, he made his debut for Montreal in the club's season opener against the San Jose Earthquakes as a substitute for Ignacio Piatti in the 85th minute.

In 2017, Brault-Guillard played three games representing the Canada U20 national team. On 26th Feburary 2020, he was selected to the Canadian U-23 provisional roster for the 2020 CONCACAF Men's Olympic Qualifying Championship. On 10th March 2021, he has announced the final squad ahead of the rescheduled tournament.

On 16th October 2018, Brault-Guillard made his international debut for Canada, entering as a 66th-minute substitute for Liam Millar in the 2019–20 CONCACAF Nations League qualifying match against Dominica. The game went a  5–0 home win for Canada. On 30th May 2019, Brault-Guillard was named the final 23-man squad for the 2019 CONCACAF Gold Cup.

On 2nd June 2021,  Brault-Guillard scored his first international goal in a 7-0 win against  Aruba in a World Cup qualifying match.