Ottawa, Ontario native Thelonius "Theo" Bair was born on August 27, 1999, under the zodiac family Virgo. Biar grew up with his sister and a brother; he was the youngest.

Bair's father was one of the major reasons he improved a lot in soccer; he trained with his father during his early years, he started playing football with Ottawa Royals and later joined Vancouver Whitecaps FC. The Canadian football player signed with Vancouver in 2018, where he made his MLS debut on matchday 15 of the 2019 MLS season. He was loaned to HamKam, where he had a successful season, and later on his return from HamKam, the club has exercised his contract with the Whitecaps.

Thoe Bari has represented Canada at several competitions, including the Canada U20 team at the 2018 CONCACAF U-20 Championships 2020 CONCACAF Men's Olympic Qualifying Championships. He made his senior team debut on January 7, 2020, winning against Barbados.

Bair holds the Canadian nationality and falls under the black ethnic community. He stands 6ft 3 inches and weighs over 97Kg.

Theo Bair is one of the rising football players in the initial phase of his career; he has played high school football and started his club career with  West Ottawa FC. He is believed to have a weekly wage of $1,731 and has an annual salary of $90,000 with the Whitecaps. 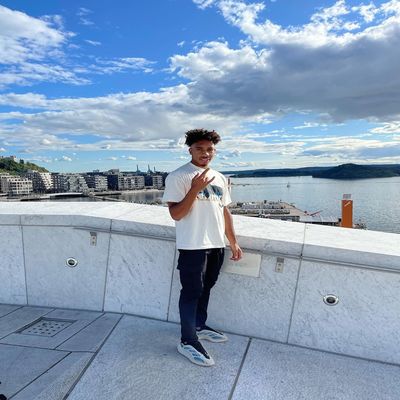 Also Read about Aledmys Diaz's Net worth and Married Life

When it comes to love life, Theo Bair is a confidential person. There is no report regarding Bair's girlfriend in the media. He is active on Instagram with 10.1k followers but has dropped no hint about his love life. Since there is no confirmation, he is believed to be single.

Yet, seeing his social media, he is focused on his professional life rather than dating life; he loves spending his vacations with his families and friends.

Bair is active on Instagram under the username theloniusbair, where he posts about his professional life and personal life. 10.1 K followers follow him as of now.