Tyler Pasher is a professional soccer player from Canada. He is currently signed to the Houston Dynamo of the Major League Soccer (MLS) as a forward. Earlier, he played for Indy Eleven, Sporting Kansas City, Swope Park Rangers, Pittsburgh Riverhounds, Lansing United, and PS Kemi. Besides being a full international since 2021, he has earned 2 caps from Canada national team.

Aforementioned, Tyler Pasher is signed to the Houston Dynamo of the MLS. Neither the team nor Paser himself has opened any information about their financial deals. However, Pasher is estimated to make no less than $0.3 million per annum. Further, big names can make up to the seven-digit figure.

Tyler Pasher's net worth as of 2022 is approximately $1 million.

The Houston Dynamo forward has always lived his life low-key. Pasher is active on Instagram with 20.2k followers but has not shared any picture with a lady who could be his possible girlfriend. 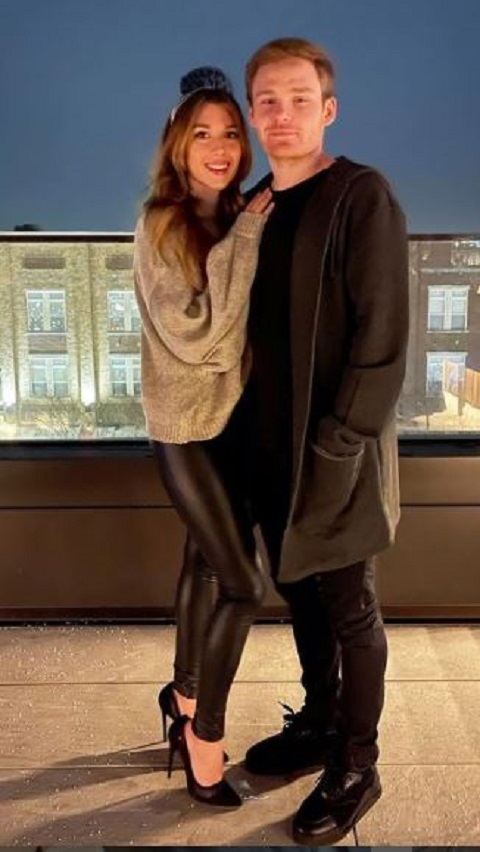 On the other side, we found, Tyler Pasher is currently dating, Ali Bryant, and Indiana University Alumni. Bryant has tagged Pasher in various photos. When we jumped into Ali Bryant's IG it was crystal clear that they were in a relationship.

Pasha joined the Woolwich Soccer Association, of which his father Jeff was president at his six. Also, he went to train with English club Newcastle United on multiple occasions throughout his youth. From 2010-to 2012, he played for the Toronto FC youth System.

He joined Lansing United of the National Premier Soccer League in 2014, playing 10 games with 3 goals.

On 2nd March 2016, Pasher joined Swope Park Ranger of USL. On 26th March 2016, he made his Rangers debut in a 2-1 victory against Portland Timbers 2. On 14th May, he scored his first two-goal against Tulsa Roughnecks FC.

In August 2016, Pasher was loaned out to Sporting Kansas City to play in the 2016–17 CONCACAF Champions League against Central FC. On 13th September 2016, he made his CCL debut in a 1–2 defeat to the Vancouver Whitecaps.

On 2nd December 2016, Pasher signed a first-team contract with Sporting Kansas City. On 20th May 2017, he made his MLS debut in a 2-0 loss against the Vancouver Whitecaps.

The following season, he was loaned to Swope Park Rangers in 2017.

On 7th Feburary 2018, Pasher signed to the Indy Eleven of the USL. On 24th March, he made his debut in a 1-0 victory over the Richmond Kickers. His first goal for the club came on 7th April in a 1–0 win over North Carolina FC.

On 14th January 2021, Pasher signed the Major League Soccer side, the Houston Dynamo. On 17th April 2021, he debuted for the Dynamo in a 2-1 win over the San Jose Earthquakes. In December 2021, Houston picked up Pasher's contract option, keeping him at the club through the 2022 MLS season.